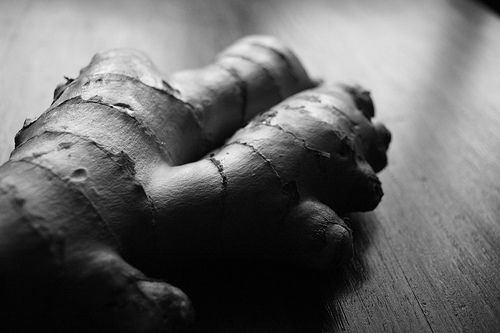 There’s a long list of anti-inflammatory foods that can help manage inflammation and pain in the body – and ginger may be one of the best.  In a new study, ginger was found to be superior to common non-steroidal anti-inflammatory drugs (NSAIDs).

NSAIDs (and their problems)

Non-steroidal anti-inflammatory drugs such as ibuprofen (Advil) and aspirin are commonly used to treat mild pain and fever, as well as inflammation such as that resulting from arthritis.

NSAIDs work by inhibiting enzymes that form prostaglandins – which are sort of ‘messenger’ molecules for inflammation. Thus, they reduce the symptoms of conditions with inflammation.

Since NSAIDs are available over the counter, their use is widespread. They are generally safe, but their widespread use has brought many adverse affects to attention, including:

It is also not recommended that pregnant women use NSAIDs.

Why ginger may be better than drugs

Aside from ginger being a whole food and not some chemically derived drug, ginger may have other advantages over NSAIDs in pain and inflammation management.

How you can give ginger a try

In the study, 5 grams of fresh ginger was consumed each day, split up into doses throughout the day. You can eat it directly, make tea or incorporate in into your dishes.