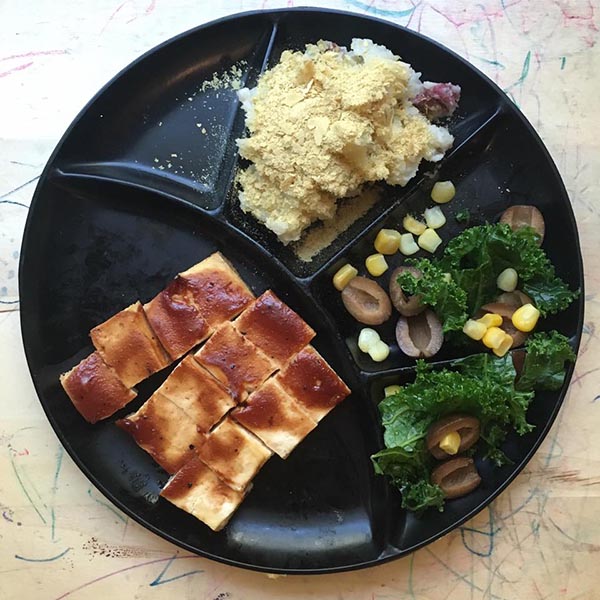 A proposed Italian law would make it illegal for parents to raise their children vegan or vegetarian. MP Elvira Savino proposed the law in light of a recent incident where a vegan two-year-old ended up in intensive care because of vitamin deficiencies.

The heart of the law actually makes sense, in a way. It bans a “diet lacking essential elements for an healthy growth.” The trouble is that the language goes on to target vegan and vegetarian diets, which is a huge generalization. Kids can become nutrient deficient on any diet. Vegan and vegetarian diets get the spotlight when they fail, because they don’t conform to societal norms.

I have so many problems with this legislation and how it’s covered that it’s hard to know where to begin, but let’s start with the headlines. The Telegraph reported this story with the title, “Parents forcing vegan diet on their children face prison time under proposed Italian law.” That’s right, forcing. Guys, I have news for you: vegan and vegetarian parents aren’t forcing our kids to do anything. We’re raising our kids in line with our own ethical views. And, like all parents, most of us have no problems keeping our children healthy.

I take issue with the language in the Telegraph headline and similar articles, because it makes a dangerous, hurtful assumption about how I’m raising my kid. I’m not “forcing” a plant-based diet on my son any more than other parents “force” meat onto their kids. I can’t tell you how many threads I see in parenting groups where parents are swapping strategies to get their kids eating meat. How is that okay, but packing plant-based lunches for my son is somehow not just weird but possibly neglectful and criminal?

Is a vegan diet healthy for kids?

My son has never eaten meat. My husband is an omnivore, and I’ve been vegan for 10 years. For my family, raising Darol vegetarian felt like a compromise that worked for us. My 3-and-a-half-year-old is healthy, strong, smart as a whip, and growing like gangbusters. His pediatrician is fully aware of how he eats. When it was time for Darrol to wean, I asked her what kind of milk to give him. She said soy or almond was fine. His doctor’s exact words were, “There is nothing in dairy that your child needs.”

Yes, there are some nutrients that it’s harder to get on a vegan or vegetarian diet, like vitamin B12. My son takes a daily multivitamin that fills in the blanks. Lots of kids who eat lots of different ways take multivitamins.

Do some vegans feed their kids an unhealthy diet? You betcha. So do plenty of omnivore parents. In both cases, we are talking about child neglect. Vegan kids who end up in the hospital aren’t usually getting enough calories. An omnivore child would end up in the same situation if he weren’t eating enough. The difference is that when it’s vegan parents, suddenly it’s veganism to blame, not those specific parents. You’d never see a headline blaring, “Meat-Eating Parents’ Child Dies of Neglect.”

To Keep Kids Healthy, We Need Education, Not Legislation

This double standard is bad for parents and for kids. And it ignores serious issues with the Standard American Diet. What about kids who only eat hot dogs on white buns, mac and cheese, and frozen pizzas? No one’s trying to pass a law banning this common low fiber, high saturated fat diet, which causes long-term health problems.

You may think that as a vegan I would support a law banning hot dogs for kids, but I don’t think that’s the answer. What we need instead is more nutrition education for everyone, so all parents can make informed decisions about how to feed our children.

I’m lucky to have found a pediatrician that keeps up with the latest nutrition research. She always has articles from respected nutritionists ready to share when we visit her office. I actually bumped into my son’s doctor at The Food as Medicine Conference, where I noticed her taking notes. She does her homework, and unfortunately she is in the minority. Pediatricians need more nutrition training, so that talking frankly and openly about nutrition can be part of kids’ check-ups.

Since parents most likely aren’t getting that information from their pediatricians, we owe it to ourselves to read and learn about what kids need to be healthy. A vegan or vegetarian diet can be totally healthy for kids, even young kids. It’s all about getting enough calories, eating a varied diet, and taking a multivitamin to fill in any blanks.

Before you write off a diet that requires some supplementation, consider that pretty much everyone could benefit from supplementation, and most omnivores are supplementing without even realizing it. The registered dietician Ginny Messina – The Vegan R.D. – explains:

“Omnivores get their vitamin D from fortified foods (cow’s milk is not a natural source of this nutrient) and their iodine from accidental contamination of dairy foods. Many omnivores—women especially—depend on supplements to meet calcium and iron needs. And the Institute of Medicine recommends that everyone over the age of 50 should add vitamin B12 supplements or fortified foods to their diet since it becomes increasingly difficult to digest and absorb the vitamin B12 in animal foods with aging.“

I recommend following The Vegan R.D. and Jack Norris R.D. for common-sense, evidence-based nutrition advice. Their archives are deep, so you can search for answers to all kinds of nutrition questions for kids or adults. You might also pick up a copy of Plant-Powered Families. This book is a great resource for healthy, plant-based recipes that kids will actually eat.

We need to stop demonizing vegan and vegetarian diets and start focusing on parental education. It does kids and parents a disservice to enact a sweeping law like this because a few parents made bad choices. Laws like the one proposed in Italy are only going to drive vegan and vegetarian parents underground, where they’ll be afraid to ask questions or possibly even to research balanced plant-based diets for kids.