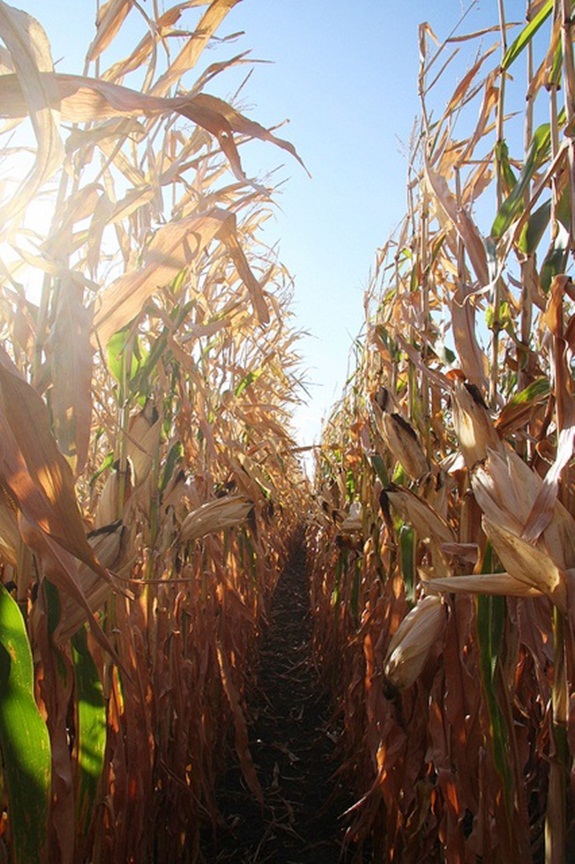 New evidence highlights a potentially serious problem for US food shoppers and corn farmers. First documented about a year ago, a new study last month showed worsening rootworm resistance to Monsanto’s Bt corn. Based on a growing body of research, the EPA acknowledges that “There is mounting evidence raising concerns that insect resistance is developing in parts of the corn belt.”

“This is not something that is a surprise… but it is something that needs to be addressed,” said Joseph Spencer, a corn entomologist with the Illinois Natural History Survey, part of the University of Illinois. Spencer is one of 22 academic corn experts who sent a letter dated March 5 to the Environmental Protection Agency telling regulators they are worried about long-term corn production prospects because of the failure of the genetic modifications in corn aimed at protection from rootworm.

Monsanto introduced its corn rootworm protected products, which contain a protein referred to as “Cry3Bb1,” in 2003 and they have proved popular with farmers in key growing areas around the country. Biotech corn sales are a key growth driver of sales at Monsanto. The corn rootworm product is supposed to reduce the need to put insecticides into the soil, essentially making the corn plants toxic to the worms that try to feed on their roots.

But plant scientists have recently found evidence that the genetic modification is losing its effectiveness, making the plants vulnerable to rootworm damage and potentially significant production losses. The scientists said in their letter to EPA that the situation should be acted upon “carefully, but with a sense of some urgency.”

According to a recent Bloomberg report,

The agency’s latest statement on rootworm resistance comes a year after the problem was first documented and just as U.S. corn yields are forecast to be the lowest in 17 years amid drought in the Corn Belt.

Problems with rootworm resistance have been reported in Bt corn fields in Illinois, Iowa, Minnesota, Nebraska and South Dakota.

First we saw glyphosate-resistance emerge in Roundup-Ready fields, creating ‘superweeds‘ that have become the bane of modern farmers. Then we saw the failure of Bt cotton, as the pink bollworm learned fairly quickly to laugh at (now devastated) Indian farmers who believed Monsanto’s hype.

And now we see another GMO crop causing emergence of ‘super-pests,’ as rootworms rapidly evolve resistance to the toxin in Bt corn.

Like Roundup resistant superweeds and Bt resistant bollworms, this pest resistance highlights one of the key fallacies of pro-biotech spin: GMO agriculture absolutely does NOT result in reduced pesticide use, in any sustainable way. Instead it offers continual escalation of resistant pest emergence, and therefore continual escalation of the poison wars — against our food crops, and against every other living thing downstream from them.

Monsanto and Dow (and their USDA  and EPA pets) dearly hope we’ll keep that escalation going: it’s been really (destructive but) lucrative, so far! Since they’ve created super-resistant pests with Roundup Ready soybeans and Bt cotton — and now, apparently, Bt corn — their solution is to offer us EVEN MORE genetically modified crops that can tolerate EVEN MORE poison leading to EVEN MORE resistant pests.

The USDA has promised to fast-track approval of ‘stacked-resistance’ GMO crops, resistant to both Roundup and 2,4-D (of Agent Orange infamy); and Roundup-plus-dicamba-resistant soybeans look poised for similar treatment. Just because this approach to agriculture makes things worse-not-better for everyone but chemical companies, promises ever-increasing pest resistance, offers the seductive lure of warped ecosystems with unknowable damage from ever-escalating poison application, and is wildly unsustainable by any definition of the term — it’s super-duper-profitable for chemical companies.

And that’s all that matters, right?!