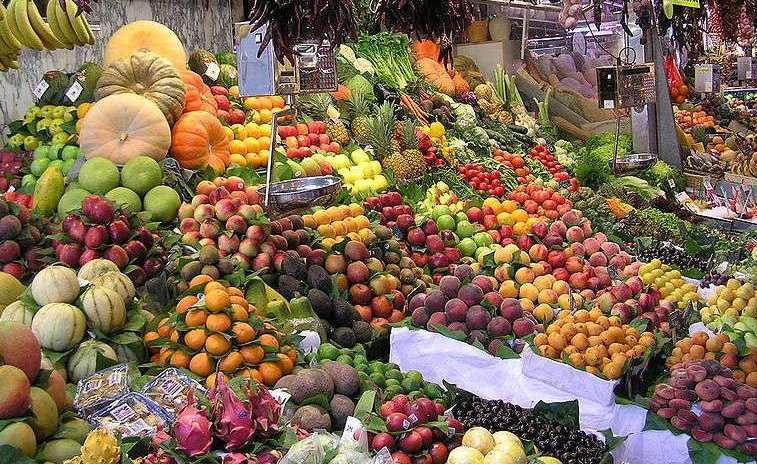 How do you save dying species of agriculturally valuable plants and animals?  The answer may be as simple as what’s on your dinner plate.

A recent article outlined the “eat ’em to save ’em” method of biodiversity protection.  Simply put, rare varieties of plants and animals can be saved if consumers demand them.  Asking your grocer, chef, or farmers market vendor about heirloom and endangered varieties is a great way to demonstrate that the demand exists for these diverse crops.

You may hear about biodiversity and think “so what?”.  Consider that just one hundred years ago over seven thousand apple varieties were cultivated in the United States, and today that number is less than two thousand (figures cited here).  Fewer varieties means fewer genetic strains available to create apple trees that are resistant to blight, fungus, pests, and disease.  Having so few strains of apples means a disease could appear (or reappear) and wipe out a large percentage of apple crops.

A disease that wipes out apples may be a bummer for apple enthusiasts, but if it happened to corn, potatoes, or rice, what then?  The Irish Potato Famine was the worst famine in Europe in the 19th century and was caused by a fungus infecting the roots of the potato plant.  What if a similar disease were to ravage the worldwide wheat crop?  Wouldn’t that be alarming?  Well, it already is.  The Ug99 What Stem Rust Fungus is already threatening 80% of the worlds wheat crops (read about it here).

Here’s another example of our current lack of biodiversity.  99% of turkeys raised for human consumption in the US are one variety – the Broad Breasted White, which has been so strenuously selected for fast production of large, white breast meat, that the breed is no longer able to reproduce without human assistance.  Does this sound like a viable long term species able to withstand a new disease or parasite?  Consider finding a heritage turkey breed (info from the Heritage Turkey Foundation) next Thanksgiving.  Not only will you be helping ensure the long term survival of the turkey species, but you may be surprised with a much more flavorful turkey.

The concept of endangered species has already been well ingrained into the US and world psyche, but why doesn’t this concern also extend to endangered fruits and veggies?  Perhaps it’s easier to rally support for a cute, fuzzy polar bear cub than for an ugly, gnarled heirloom tomato or a rare strain of wheat, but biodiversity extends to plants and livestock as well as wild animals.  It’s up to us to eat them back into the world before they disappear.

You can read the full article on We Gotta Eat ‘Em to Save ‘Em here.

Photo credit: dungodung on Wikipedia under a Creative Commons License.