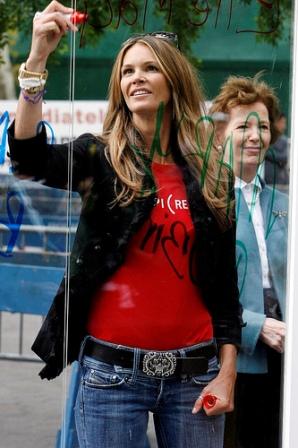 If you are thinking about going vegetarian, here is a list of things that should help you to actually do it,… and to stick to it once you’ve started.

1) Just Do It — Drop the Meat
Similar to smoking or other habits you want to break, it works best in many cases to just drop it all at once. This is even more true for becoming vegetarian or vegan because dairy and meat (as well as sugar and chocolate) have certian qualities that make them addictive. The best way for many people to drop meat is to just do it all at once*.

2) Know What You Need
A lot of people will tell you that you need more protein, certain oils, or vitamins that you can’t get on a vegetarian diet. This isn’t true. In fact, the American Dietetic Association (ADA) now recommends a vegetarian diet for its health benefits. It says that a vegetarian diet “can prevent and treat common conditions, including cancer, ischemic heart disease, hypertension, obesity, and type 2 diabetes.” It used to say it was an acceptable diet but now it recommends it. The ADA says that a vegetarian diet does “meet the recommendations for protein, n-3 fatty acids, iron, zinc, iodine, calcium, and vitamins D and B-12, as well as other essential nutrients, and estimates that the number of vegetarians in the United States will increase over the next decade.” Studies also show that vegetarians are proven to live longer. The important thing is that you don’t just go into it and eat chips and ice cream and pizza. You should have a balanced diet of whole grains, a variety of fruits and vegatables (including leafy greens), legumes (beans), seeds, and nuts.

Check out this hilarious video on why humans are NOT designed to eat meat.

3) Find a Community!
It is very hard, nearly impossible, to have the will and enthusiasm to be vegetarian if everyone around you isn’t. We are strongly influenced by the atmosphere around us. If you have the opportunity, connect with friends, groups, clubs, or even shops that are vegetarian oriented. Even staying in touch with this website is a great help. Rachel Venokur-Clark, Mei Li, Jamie Ervin, and Gina Munsey write “Meatless Monday” posts every week and we post several other vegetarian and vegan recipes at other times as well, as well as providing you with the newest scientific findings and the most recent news related to food and drink.

4) Have a Strong Reason for Going Vegetarian!
There are numerous environmental, moral and spiritual reasons for going vegetarian. The livestock industry is perhaps the greatest contributor to environmental problems in the world, including global climate change. Even TIME magazine picked up on this after Nobel Prize-winning Rajendra Pachauri from the United Nations urged people around the world to cut back on their meat intake.

As Sir Paul McCartney said: “If anyone wants to save the planet, all they have to do is just stop eating meat. That’s the single most important thing you could do. It’s staggering when you think about it. Vegetarianism takes care of so many things in one shot: ecology, famine, cruelty.”

Aside from the environmental reasons, you can consider the animals screaming and yelping as they are butchered when you sit down to eat a meat dish. It happens. Dogs and pigs have basically the same level of intelligence. They, and all the other animals, feel pain when they are slaughtered and they express it. Take a look at this great graphic of how many cows, pigs, and chickens are killed every second for US meat consumption and consider their agony as well.

There are even spiritual reasons for not eating meat. Many believe that what you do (your actions) will come back to you — in nearly every religion you find this. If you consider the harm you are causing other animals, and consider that coming back on you, there is another possible reason to cut the meat habit and go vegetarian. For more on Christian literature and quotes from the Bible that support vegetarianism, read “Christianity and the Environment Part II: Beyond Recycling and Conservation“.

5) You Can Do It!
You may feel like it is impossible at the beginning, but if you get your hands into it, you will find that it is quite easy (and fun). There are a few basic things — the points above — to remember, but after that it is quite easy. Trust yourself. Believe in yourself. And you can go vegetarian!

BONUS: Your Heroes are Vegetarians!
Numerous greats throughout history were vegetarians. This helps in some of the points above — you can find your “community” of vegetarian celebrities you love; you can show people that vegetarians (and vegans!) can be strong and healthy; and you can see just how possible and popular vegetarianism is.

Albert Einstein, one of the greatest thinkers in the history of humanity, said: “Nothing will benefit human health and increase chances of survival for life on earth as much as the evolution to a vegetarian diet.”

Elle Macpherson (“The Body”), a model for Sports Illustrated, Vogue, Victoria’s Secret, Playboy, Cosmopolitan, Elle, and others, and an actress in Batman & Robin, The Edge, and Friends, is a vegetarian. TIME magazine even published a whole issue on this superstar called “The Big Elle”.

*Be aware, however, that if you eat a lot of meat and drop it all at once, there is a chance you will see some side-effects in the short-term.

Image Credit 3: gapster via flickr under a Creative Commons license

Image Credit 4: modenadude via flickr under a Creative Commons license

Image Credit 5: chloe004 via flickr under a Creative Commons license

Image Credit 6: cliff1066 via flickr under a Creative Commons license