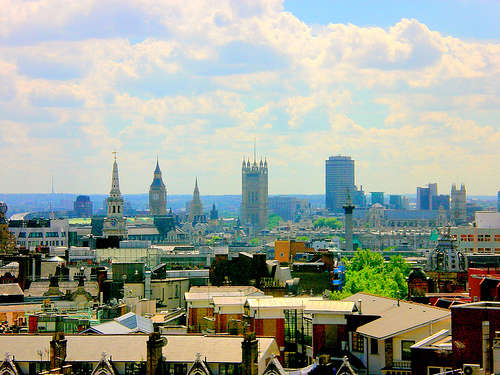 In her recent TED Talk, Carolyn Steel takes a look at the history of food production and asks an important question: What would a modern city look like if it were centered around food?

Steel argues that an ideal city connects people and their food supplies in a symbiotic relationship: “The city looks after the country; the country will look after the city.” So, what would a culture centered around food and delivering food to the people really look like?

She makes reference to local farming and to permaculture, and I think these are so critical to a sustainable food system. Folks need to learn how to grow their own food and how to sustain themselves. As she mentions in the video, a few huge companies have a monopoly on our food supply, and that’s incredibly dangerous.

Steel also briefly touches on the inefficiencies of raising animals for food, saying that it takes ten times the grain to feed a human via an animal than if the human just ate that grain. While she doesn’t advocate vegetarianism or veganism, I think this argument is an excellent case for, at the very least, looking at the amount of meat in our diets. Not everyone is ready to give meat up completely, but cutting back can have such a powerful environmental impact, and from what she’s saying it sounds like it’s a critical part of ensuring that we will be able to feed our growing population.

So what do you guys think? What are the key components of a city centered around food?