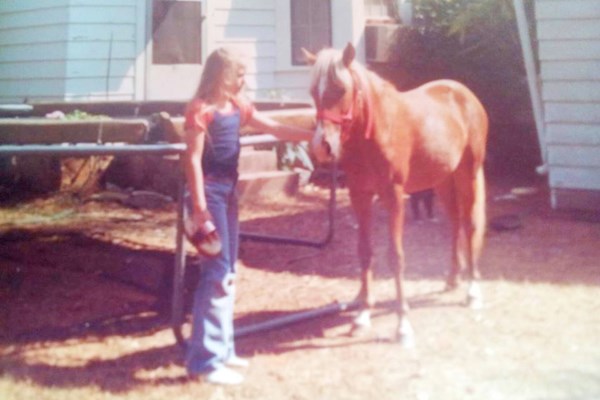 Horse slaughter is scheduled to resume in the US next month, unless pending legal action stops it. There are questions surrounding this issue that we need to ask and answer, about what exactly we’re up to as a society: what is a ‘food animal?’ Should we have horse slaughterhouses selling horse meat? What about dog slaughterhouses selling dog meat? Does anyone think the problem with our dysfunctional food system is that we just haven’t been killing enough animals? Recent US horse slaughter developments beg serious scrutiny and reflection, from anyone interested in connections between food, health, and conscience.

Will US Horse Slaughter Resume Next Month?

A ban on horse slaughter in the US expired in 2011, but until now the USDA has declined to provide inspectors to horse processing plants — meaning that for all intents and purposes, the ban was still in effect. The last meat company that killed horses in the US closed its doors 6 years ago.

A Roswell, NM, meat company sued the USDA over this policy last October, hoping to sell horse meat to foreign buyers who (unlike most Americans) see horses as ‘food animals.’ There also seems to be a potential market for horse meat as an ingredient for exported animal feed, towards the goal of raising other (‘food’) animals for slaughter and human consumption.

About 3 weeks ago, in a move paving the way for resumed horse slaughter in the US, federal officials approved the NM meat company’s application to start trading in horseflesh. Similar permits are expected to be issued to a slaughterhouse in Gallatin, MO; OK wants in on the action; and as of today, horse slaughter is set to resume on August 5 in NM and IA.

Most Americans feel disgust and outrage at the idea of eating horses. A recent Time article sums up the space that horses occupy within the American psyche:

The traditional view of American horse slaughter was best captured in a 2007  federal circuit court ruling. “The lone cowboy riding his horse is a cinematic icon. Not once in memory did the cowboy eat his horse,” wrote one judge in a decision that permitted a state ban on the practice.

Even among those who breed and kill cows for a living, horses aren’t typically seen as ‘food animals.’

From a source that I don’t usually have occasion to cite:

The latest BEEF poll, found at beefmagazine.com asks, “As a beef producer, do you favor the U.S. ban on horse slaughter?”

Several animal protection groups agree with the American public that horse slaughter is disgusting, and deserving of legal resistance. Plans to resume US horse slaughter depend on the outcome of an August 2 hearing before a federal judge in New Mexico. The HSUS, Front Range Equine Rescue of Larkspur, Colorado, and others filed a suit alleging the USDA failed to conduct proper environmental reviews before issuing permits to Valley Meat Co. (Roswell, NM) and Responsible Transportation (Sigourney, IA) meatpacking factories.

The groups who filed this suit view horse slaughter for human consumption as a public health issue, as well as an animal welfare concern. Horses that get butchered for their meat weren’t raised as food animals — instead they’re ‘spent’ racehorses, or old horses formerly used by people for other purposes — and they might be fed or medicated with substances not appropriate for sale as human food. The groups have also expressed concern about the environmental impacts of horse slaughterhouses, which they claim weren’t addressed by the USDA prior to issuing recent horse slaughter permits.

The judge will decide on August 2nd whether to issue a temporary restraining order against the horse slaughter companies, who hope to get down to bloody business with the horse-meat selling as quickly as possible.

I’m pictured above with my friend Gypsy, circa 1980. She was a cat in equine form: she loved to follow me around and see what I was up to, but only if SHE decided to do so. She loved marshmallows, and liked to nibble my hair. Gypsy was (like a cat) very mischievous, and loved to take things she wasn’t supposed to have — her favorite hobby was running off with our shoes, when we’d take them off to jump on the trampoline. She would sort of meander up to where we’d set them on the ground (‘La la la, nothing to see here!’), then snatch them up and canter off joyfully with them. Sometimes she’d shake them back and forth a few times first — ‘Haha, look what *I’ve* got!’ — and sprint away just before we reached her.

I’m also currently friends with a ‘big dog,’ a horse called ChaChi. One of her favorite things in the world is when her family hosts social gatherings on her 40-acre domain. She saunters up to the house, stands around with everyone in the yard or by the porch, and watches the human shenanigans like a spectator sport: those two-legged creatures are entertaining!

I would no more eat a horse than I would eat a beagle, and for the same reasons.

Based on public outrage over Burger King’s recent horse meat scandal, I think most Americans agree with me.

But then, I’m what meat profiteers like to refer to as a ‘radical’ — I think all animals are just… well, animals. They’re not mystically somehow sorted by the Universe into categories titled ‘pets’ and ‘pest species’ (like Mustangs are to cattle ranchers) and ‘food animals.’ They aren’t disposable items put here for use by the One Important Animal (allegedly me).

They’re just other creatures on the planet with me — in some cases with social and pain-processing neural systems remarkably similar to my own.

To sellers of animal flesh, that world view makes me worse than a radical: it makes me a heretic.

As human beings, we rely on social stories and cultural narratives to extract meaning from a complex world. Based on stories told to us by our culture, we embrace without question the idea that some animals are ‘for’ eating, while others are not.

When those cultural narratives are challenged, we feel profoundly uncomfortable: we’re disgusted by the idea of eating those animals we’ve learned to view as companions, and feel threatened if those (arbitrary, completely made-up) categories are challenged.

If somehow we’ve been duped by the social stories we inherited, and ‘food animals’ are worthy of the same moral concern and cruelty protections that we assign to the ‘companion’ ones… imagine how horrible we would feel about participating in such massive hideous completely optional violence towards them!

We learn to compartmentalize, categorize, and dissociate when we think about nonhuman animals, to avoid the horrible feelings stemming from infliction of optional violence upon our fellow creatures.

Melanie Joy has researched and written extensively about the system that teaches us to think of some-animals-but-not-others as ‘food.’  Joy refers to that cultural belief system as carnism:

Carnism is a dominant ideology, meaning that it is invisible and entrenched, woven through the very structure of society. And such institutionalized “isms” inevitably become internalized; in other words, we learn to look at the world through the lens of carnism, as the ideology shapes the very way we think and feel about eating animals. And carnism is also a violent ideology: It is organized around killing. Yet most people who eat animals also care about animals and don’t want them to suffer. So carnism must use a set of social and psychological defense mechanisms to enable humane people to participate in inhumane practices without fully realizing what they are doing. In other words, carnism teaches how not to feel — when it comes to those species we have been taught to think of as edible.

That response represents some serious cognitive dissonance, and cries out for thoughtful reflection. If you cringe at these stories about the slaughtering and eating of horses, there’s a window open that’s worth a hard look through: whether or not horse slaughter resumes next month in the US, horses are not ‘food animals’ because THERE IS NO SUCH THING.

Optional deliberate violence deserves disgust, revulsion, and outrage, in one case no more or less than another. Revulsion at the thought of eating ‘inedible’ animals provides an opportunity to reconnect with our empathy — and an opportunity to step back from our cultural stories, look critically upon them, and also reconnect with both our compassion and our disgust.

Images by the author, all rights reserved.