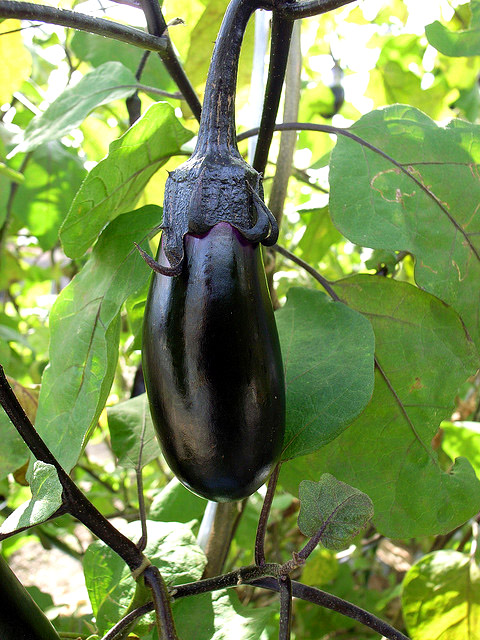 Citizens win, and GMO developers lose: a precedent-setting Filipino court decision halts field trials of genetically modified Bt eggplant. Coming on the heels of our own recent legislative cowardice in Connecticut and Vermont, this ruling highlights the inadequacy of GMO regulation in the US.

Greenpeace of Southeast Asia petitioned the court for a Writ of Kalikasan (Nature) in April 2011, seeking to ban Bt eggplant field trials due to potential health risks and environmental damage. That action bore fruit earlier this month, when the Philippine Supreme Court ruled to stop field testing of Bt eggplant. According to Greenpeace International,

The petitioners had filed a writ of kalikasan, which is a unique Philippine legal remedy for people whose constitutional right to a balanced and healthy ecology is violated or threatened by an unlawful act or omission of a public official, involving environmental damage of such magnitude as to prejudice the life, health or property of inhabitants in two or more cities or provinces.

Bt cotton has proven devastating to farmers in India, and Bt eggplant has prompted Indian legal action over biopiracy and environmental concerns. The Institute for Science in Society calls it unfit for human consumption, citing concerns related to antibiotic resistance, blood clotting, and liver health. Like virtually every GM food currently approved for human consumption, the longest Bt safety studies were only 90 days in duration — inadequate to rule out many toxicity risks.

Prior to this court ruling, no application for Filipino GM crop approval had ever been rejected. Environmental groups applaud the Bt eggplant decision, and hope it signals the beginning of a better system for evaluating potentially harmful GMOs before their approval and cultivation.

Like all currently approved GM crops in the US, Bt eggplant was approved in the Philippines without adequate objective scientific data supporting its safety — either in terms of human health or environmental impact. This case represents an important move towards science and accountability, and away from governmental catering to biotechnology interests at the expense of their own citizens.

This ruling also marks the first time a national government has openly called into question the safety of genetically engineered crops, and the scientific inadequacy of  existing research on  health and environmental impacts related to GMOs.

Coming on the heels of our own legislative foolishness in Connecticut and Vermont, the Filipino Bt eggplant ruling shines a harsh light on the extent to which we’ve dropped the ball, here in the US. The fox isn’t allowed to rule the food-growing henhouse in the Philippines, or India, or Japan, or the European Union, or any of the other countries that have drawn a GMO line in the sand (er, soil).

Are we content to let the biotechnology industry continue to tyrannize the US food system? I’m not!

If you agree that things need to change, here’s what you can do:

Unlike in the Philippines — and so much of the rest of the civilized world — the links between US government and biotech interests make this an issue unlikely to change without intense consumer agitation.