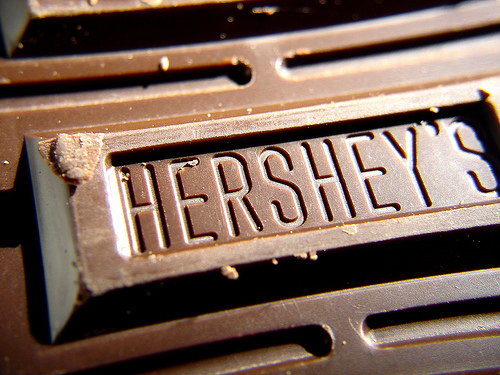 More than 55,000 people from across the U.S. have joined an exploding campaign on Change.org calling on Hershey’s Chocolate Company to refund the program fees of foreign exchange students who claim they were held captive and exploited in sweatshop-like conditions at a Hershey’s factory.

Hundreds of foreign students paid to come to America this summer as part of a cultural exchange program promising opportunities to learn English and experience American culture while working. Instead, the students claim they were forced to work in back-breaking, round-the-clock production lines packing chocolates at the Hershey’s Chocolate Company Packing Plant in Pennsylvania for wages as low as $1/hour after mandatory deductions. When the students complained, they claim factory managers threatened to have them deported.

“We did not plan to become organizers in America,” said Decebal Bilan, an economics student from Romania. “But now it is our responsibility to bring Hershey’s to justice – for ourselves, for future students, and for Pennsylvania.”

The students organized with the help of the National Guestworker Alliance, and on August 17, they staged a sit-in at the plant. The students asked Hershey’s to end the exploitation of student workers at its packing plant, return the money they paid for the cultural exchange program, and make these jobs living wage jobs for local Pennsylvania workers. They also launched a petition on Change.org, the world’s fastest growing social action platform, which has gathered over 55,000 signatures.

“The immense outpouring of support on Change.org has been a tremendous morale boost for the students and an indication of the severity of the injustices they have faced,” said Saket Soni, executive director of the National Guestworker Alliance, which helped the students organize. “We hope the massive public support for these students will demonstrate to Hershey that they must make amends and commit to making these jobs living wage jobs for local workers, with rights.”

Hershey has offered the students free bus tickets and paid vacation time but has yet to respond directly to any of the students’ demands. If you want to let Hershey’s know how you feel, you can sign the Change.org petition demanding that these students get their fees back.