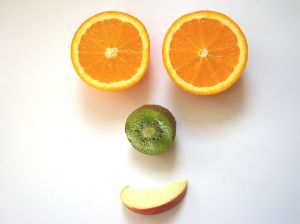 We knew it instinctively, but now there’s proof.

New research suggests that children who consume a healthy diet during childhood may have higher IQ scores than kids eating unhealthy diets of ‘junk food.’

According to the results of research published in the European Journal of Epidemiology, children who eat a healthy diet before the age of 2 years are more likely to have a higher IQ at age 8 than those who eat a less healthy diet. Lead study author Lisa Smithers of University of Adelaide, Australia, explained in a press statement last week:

Diet supplies the nutrients needed for the development of brain tissues in the first 2 years of life, and the aim of this study was to look at what impact diet would have on children’s IQs…While the differences in IQ are not huge, this study provides some of the strongest evidence to date that dietary patterns from 6 to 24 months have a small but significant effect on IQ at 8 years of age.

Smithers and colleagues assessed data on more than seven thousand children from the Avon Longitudinal Study of Parents and Children (ALSPAC). They examined dietary patterns for the children using parental questionnaires completed at 6, 15, and 24 months of age. When the children were 8 years old, they used the Wechsler Intelligence Scale for Children to measure the kids’ IQ. Here are some of the results:

The study suggests that dietary patterns from 6 to 24 months may have a “small but persistent” effect on IQ at 8 years.

…It is important that we consider the longer-term impact of the foods we feed our children.

Photo by Chrissi on sxc.hu