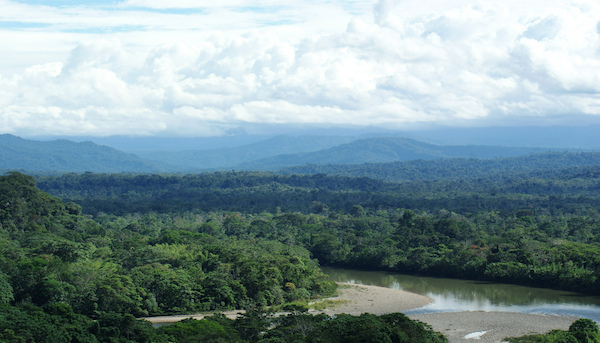 The Amazon rainforest. Not only is it the lungs of the earth, but it’s our medicine cabinet too. Amazonian rainforest herbs have been treasured by indigenous cultures since ancient times. Many of these potent plants have benefits for the rest of us too.  So potent, in fact, a simple cup of cat’s claw tea or a smoothie enhanced with wayusa can drastically change the course of our health.

“Cat’s Claw is well known for it’s beneficial effects upon the whole of the human body and spirit, capable of powerfully cleansing, healing, strengthening and tonifying numerous functions of the human body. It is exceptionally beneficial for the digestive system, especially the stomach and intestines,” says Morgan Maher, host of the forthcoming SnychCast series “Energy, Clarity, Immunity: The Power of the Amazon.”

Cat’s claw, says Maher, “encourages greater and greater degrees of physical and spiritual strength, balance and harmony.” It’s a potent herb, but one that can be consumed on a regular basis, without harm to the body.

Wayusa, or “guayusa” is another powerful rainforest herb prized for its many benefits. It’s been associated with improved memory and focus, enhanced energy and reduced stress. It also contains L-theanine; an amino acid that’s known to improve brain function and boost mood. In Ecuador, where guayusa has a long history of use, it was consumed to enhance the dream state. It was believed to help people learn to conquer their fears and deal with difficulties.

These rainforest herbs, along with others including pau d’arco, guarana, chuchuhuasi, siete raices, catuaba, sangre de grado, jergon sacha, and ajo sacha, are the subject of “Energy, Clarity, Immunity: The Power of the Amazon.” Maher will be joined by Professor Richard Doyle, who will discuss ways to create and maintain defenses that protect the body, mind and spirit, and Dennis McKenna author and  ethnopharmacologist,. He is the brother of well-known psychedelics proponent Terence McKenna and is a founding board member and the director of ethnopharmacology at the Heffter Research Institute.

The course starts May 6th. For more information or to register, visit SynchCast.