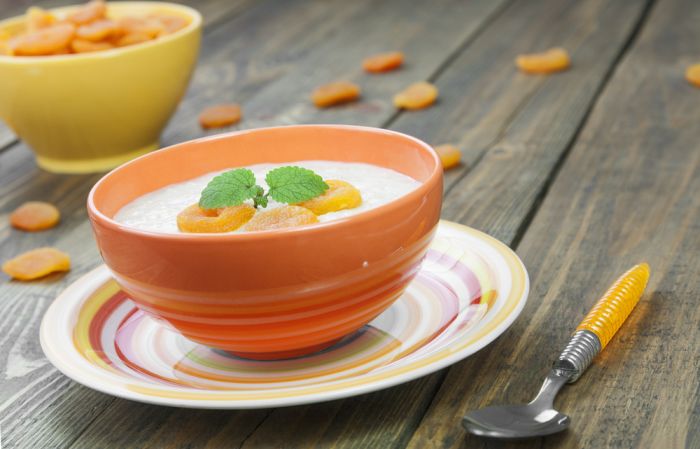 National Oatmeal Day comes but once a year, so eat up! Oats are good for you!

Oats (Avena sativa) have been grown by people for a few thousand years. The exact date of the origin of cultivation is difficult to pin down because oats are a weed crop in wheat. Oats show up in archaeological sites as early as 4000 years ago in Egypt. Scholars believe that as the cultivation of wheat spread from its place of origin in the Near East to cooler, wetter climates that oats prefer, oats began to stand out as a potential food source. Oats have fewer insect pests than other commonly grown grains, giving them an edge in years that are too wet for wheat.

Since the oat bran is left intact during processing, oats are a whole grain, making them high in fiber and protein compared to most other grains found on supermarket shelves today. Health studies of oats have found that a type of soluble fiber in oats – beta glucans – helps lower cholesterol.

Have Some Oatmeal on National Oatmeal Day

Oats are a versatile food and can be used as an ingredient in baked goods, soups, desserts, and other delicious foods. But today is National Oatmeal Day, so let’s look at oatmeal.

A basic oatmeal recipe uses a 2:1 ratio of liquid to oats. In other words, one cup of oats needs two cups of liquid to cook. The liquid can be anything you like: water, vegetable broth, chicken broth, beef stock, milk, yogurt, and so forth.  It takes about five minutes to cook.  To make it a little fancier, add spices, salt, sugar, fruits, or anything your heart desires.

Oatmeal in the U.S. is most commonly associated with breakfast. I’ve included my Savory Oatmeal recipe below, for a nice accompaniment to a dinner or for a light meal. Here’s an overnight oatmeal recipe, part of ten recipes for oatmeal on Vibrant Wellness Journal. Have a bowl of oatmeal for any meal of the day and celebrate National Oatmeal Day!

This is a nice way to use up those few mushrooms that always seem to be left over from another recipe. It makes a good side dish, or it can take center stage at a meal.

In a skillet, combine the mushrooms with ¼ cup broth and cook over medium-low heat, stirring occasionally. At first, the mushrooms will absorb the broth, then they will sweat (add their own liquid to the pan), then the liquid will concentrate into mushroom-y goodness. This takes about ten minutes. Remove the mushrooms before they are dry and set aside.

Wipe the skillet with a clean cloth and add the remaining 1 ¾ cups broth and all the oats. Cook over medium-low heat, stirring frequently. Cook to the consistency you prefer. It takes about five minutes to get to a slightly chewy state – my favorite.

Add the mushrooms to the oatmeal, stir. Taste and add salt as needed. Serve while still warm.

Oatmeal with Dried Apricots photo via Shutterstock, This Article is sponsored by Eat Now Australia