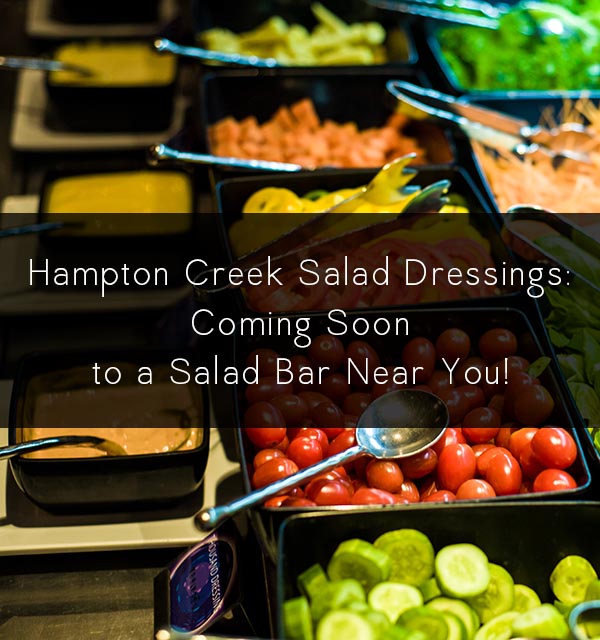 During their battles with the Egg Board and FDA, the folks at Hampton Creek have mentioned over and over that their vegan mayo is really a small part of their business. An announcement this week proves that they were not kidding.

Compass Group, one of the biggest food service agencies in the U.S., is dropping its animal-based salad dressings and baking mixes in favor of Hampton Creek’s vegan versions. This means that their partners, Sysco and U.S. Food, will begin stocking Hampton Creek products, since Compass Group uses them for distribution. They’ve asked Hampton Creek not to disclose the name of the company that previously had the contract for these foods.

Compass Group is now Hampton Creek’s biggest client. It’s a huge win for the company and proves that vegan options can compete with non-vegan ones, even in the mainstream food market. The company supplies cafeterias, restaurants, hospitals, and more.

I know: bottled salad dressings and cake mixes aren’t exactly health food. The reality is that the food service industry – especially large-scale caterers that supply cafeterias – uses huge quantities of convenience products like these every day. Getting the animal products out of packaged foods is definitely a win for animal rights.

You know a company is starting to threaten our animal agriculture system when industry groups are resorting to crooked tactics to keep their products off of shelves. Last month, for example, it came out that the Egg Board tried to block Hampton Creek from being stocked at Whole Foods. That was on the heels of American Egg Board CEO Joanne Ivy retiring early after the group’s shady actions against Hampton Creek came to light.

Hat tip to JL Fields for sharing this on Facebook! Salad bar image via Shutterstock.