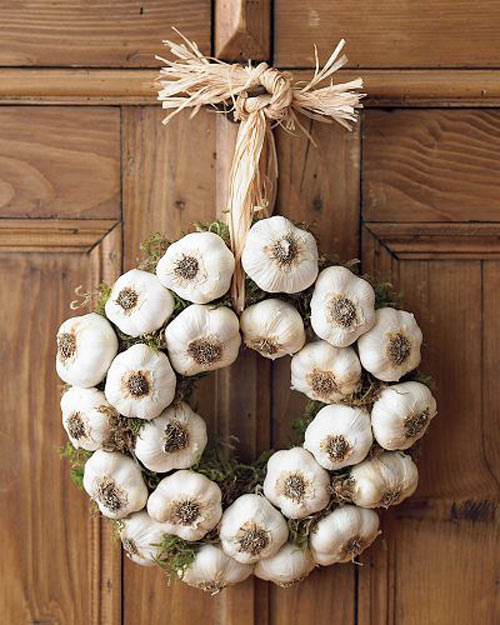 Can you imagine anything worse than being somewhere in public and realizing your breath is loaded with a smell so pungent that it’s offending everyone in a one mile radius from you?

It may be fair to say that garlic tops the list there.

Yikes. I’ve nightmares about this and think having a constant supply of a combination of mouthwash and chewing gum in my bag would be a great idea, but the fact remains that licking some grrr-lick can work nothing short of wonders for you, despite its grrrr factor.

Plus with a reputation for preventing everything from the common cold to aging, garlic is as much known for its versatility as for its effectiveness.

Hey, it can even be effective as a repellent – and not just for mosquitoes.

The word garlic comes from  garleac, meaning “spear leek” in Old English. It is reported to be native to Central Asia, and dates back over 6000 years.

But it was the Egyptians historically that took garlic to the next level. They worshipped it and placed clay garlic bulb models  in the tomb of none else than Tutankhamen. Can you believe, they even used it as currency? Who would’ve thought that money could stink so bad?

Egyptian folklore holds that garlic repelled vampires and ghosts, protected against the “Evil Eye”, and warded off nymphs said to terrorize pregnant women and engaged maidens. Garlic was also considered an aphrodisiac in Egypt. Nature decided to enshrine this super-substance in stink.

Researchers have known that the distinct aroma, flavor and healing properties of garlic come from an organic compound in garlic called allicin, which is also a powerful antioxidant or something that stop the damaging effects of radicals that can accelerate certain diseases.

Like a lot of other herbal medicines though, garlic was not subjected to a vigorous scientific study until earlier this year.

In a Science News report,Queen’s University Chemistry professor Derek Pratt, who led a study on how garlic does it said “We didn’t understand how garlic could contain such an efficient antioxidant, since it didn’t have a substantial amount of the types of compounds usually responsible for high antioxidant activity in plants, such as the flavanoids found in green tea or grapes.”

The  team experimented with synthetically-produced allicin, they found that an acid produced when allicin decomposes rapidly reacts with radicals, more than the allicin itself, explaining its effects better.

According to Dr. Pratt, who is Canada Research Chair in Free Radical Chemistry, no one has ever seen compounds, natural or synthetic, react this quickly as antioxidants.

“The reaction between the sulfenic acid and radicals is as fast as it can get, limited only by the time it takes for the two molecules to come into contact,” he told Science News.

That’s all for the science part. From the personal angle, I wonder why Nature wraps extremely good things in extremely bad packages. Maybe the rock band, The Verve, got it right when they sang that life is a bittersweet symphony. And sometimes it’s easier to appreciate the sweet, when you’ve had a taste of the bitter.