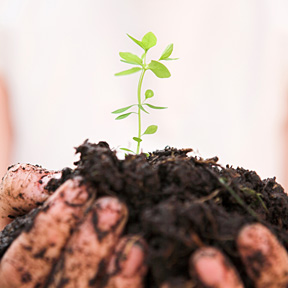 I was not born in the country. When I arrived, I had already been uprooted seven times before. I was on my fifth family dynamic and sixth school. I was ten years old.

My father had always wanted a farm, and he and my step mom decided that life in a smaller community would be just the place for a child to grow up. And so I was transplanted.

Growing up on a farm gave me a safe place to roam the woods with several pets in tow. It gave me a small classroom, too small for me to remain the quiet “smart kid” in the corner. It gave me peace, and a sense of place — a feeling of belonging that seems to take its deepest hold in those who grow up in the country. You can wander across the world, and I have, but it never leaves, this sense of place. My roots.

There are some odd moments when my worlds collide. For instance, a long day at the desk doesn’t quite seem like work — other than the mental bruises. Hard work is a given, and a point of pride. My first paying job was fieldwork, at age twelve. I still like the feeling of being physically tired after working all day outside instead of sitting at a desk.

Some moments are more than just a bit odd. It took a few years for me to stop waving at strangers while driving. There is the glazed-over look in my metro-sexual spouse’s eyes when my best friends and I retell some of our more rustic adventures. When he saw how dark the countryside around my former home was at night, he remarked, “Oh, so this is where the UFOs land.” Many of his conversations with my country vet brother have taken place while the doc had an arm up the back of a large farm animal.

Yes, this rural thing does have its quirks.

There are plenty of people who would mock my roots. Terms like redneck come to mind, though I am anything but. It’s taken a lot of years to realize just how lucky I was to grow up in a farming community. Lucky, because I grew up on a lot of real food; u-pick strawberry farms, local orchards, family days canning jam and preserves, an acre garden, pulling warm eggs out from under chickens. All of these things are familiar, were familiar thirty years before they became a movement.

Rejoining that local food movement, even though I am in a city now, was not a stretch. It felt like coming home. And just like my rural roots, embracing local food has taken a strong hold. The farmers who grow and raise my food have become friends — almost from the moment we met. I have a huge amount of respect for the work they do. It’s hard, and many of them have a second job just so they can afford to keep farming. I would welcome them all at my table, and serve them, with pride, the foods they have produced. These farmers have given me a restored connection to my roots that I greatly needed. A connection that we all need.

By exploring your local foodshed, you can find the same deep emotional connection to your food and the farmers. It’s as simple as reaching out and making an effort to get to know who grows your food. Visit the farm. Spend a day helping. The process will give you a renewed perspective on your food — especially if the closest you have gotten before now is the produce aisle at SuperFoodMart. This kind of connection brings something more to the table — a true understanding and appreciation of real food, and how it is produced.

You see, you don’t have to be born in the country to find your roots. Local food offers fertile ground for transplants.