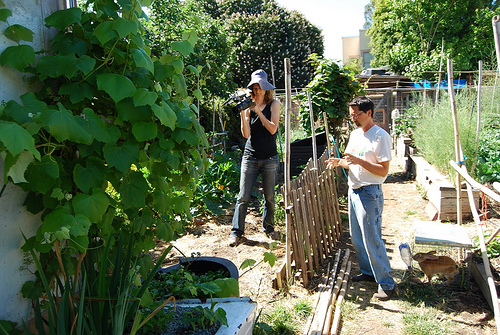 San Francisco just passed some strong legislation officially allowing urban gardeners to not only grow their own food but sell or donate it as well.

The legislation allows for the sale, pick-up and donation of fresh food and horticultural products grown on-site in all districts, and for the sale of “value-added products” such as jams or pickles where the primary ingredients are grown and produced on-site in all districts except districts zoned for exclusively residential uses. Food and horticultural products grown that are used for personal consumption remain unregulated.

This is in stark contrast to regulations on urban agriculture in other cities, where residents can even face fines for growing too many vegetables.

San Francisco’s mayor Edwin M. Lee talked a bit about the motivation behind this bill:

The Urban Agriculture Ordinance will allow for greater local food production within City limits. This legislation will not only help support our community through the increased production of fresh, locally grown produce, but will also revitalize vacant arable land and create green jobs.

It’s great to see one city embracing the benefits of fresh local food!

Regulations for gardens and urban agriculture can vary so much from town to town. Do you know what the code is in your area? I’d love to get an idea of what the rules are like in other places. I’m not clear on what the regulations are here in Atlanta, but I know they’re not as progressive as in San Francisco.

Leave a Reply to Can Urban Farming Save the World? – Eat Drink Better Cancel reply