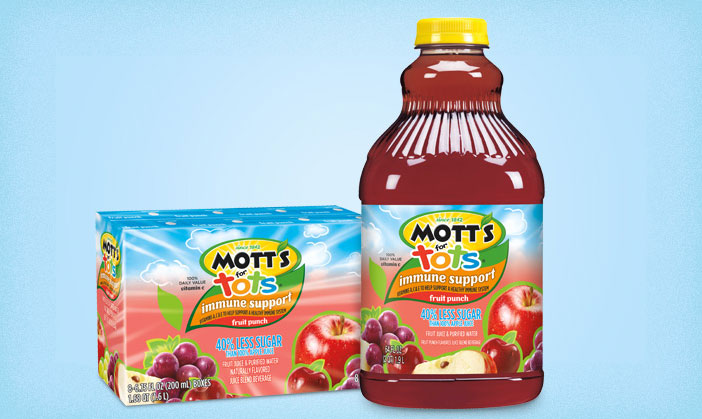 According to ClassActionBlog.com, a class action complaint has been filed in federal court against the Dr. Pepper Snapple Group, (which owns the Mott’s brand).  Not only are the claims misleading and overstated but according to the blog:

Based on the purportedly false and misleading labeling of its Mott’s for Tots Immune Support Fruit Punch, Dr. Pepper has been able to charge a price premium of nearly 300% over and above comparable juice products.

This isn’t a new ploy. According to Consumerist.com, back in 2009, Kellogg’s backed off similar immunity claims on its Rice Krispies cereals.

This sort of misleading marketing is disturbingly becoming more commonplace. As I’ve said many times before, I don’t begrudge people the right to eat or drink anything they like. The bottom lime is that we can’t condone corporations misrepresenting the health claims of products. So the question remains: What is Mott’s going to do about it?

For now, Dr. Pepper Snapple has declined to comment other than to say “that we stand by the claims made on our packaging.”