If you want greenhouse tomatoes that use less energy, ask whether they were grown with LED lights. 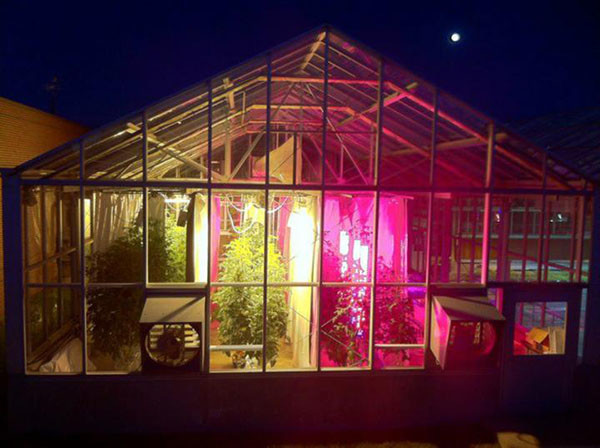 Recently, a number of commercial tomato growers have considered money saving LEDs to grow their crop. But money savings aside, how do the tomatoes taste? Recent research from the American Society for Horticultural Science shows positive results for these energy saving bulbs.

“There is great interest in (LEDs) potential to influence the phytochemical and flavor profile of various high-value crops,” state these authors, adding little fruit quality-attribute work with LEDs has been done for long-duration, full grow-out of tomatoes.

The researchers report conducting three separate studies to investigate the effect of supplemental light quantity and quality on greenhouse-grown tomatoes.

Of particular note, this study also included various sensory panels in which tasters ranked tomatoes , including color, acidity, and sweetness. The tasters were also asked to rank tomato color, aroma, texture, and aftertaste.

“By collecting both physicochemical and sensory data, we were able to determine whether statistically significant physicochemical parameters of tomato fruit also reflected consumer perception of fruit quality,” the authors said. “The sensory panels indicated that physicochemical differences were not noticeable to tasters; in fact, the tasters on the testing panels could not discern between tomatoes from different supplemental lighting treatments or those from the unsupplemented controls.”

My reaction to greenhouse tomatoes, mostly from a taste and texture perspective, has generally been lukewarm, at best. So I remain a garden tomato purist. But alas, there is the issue of wintertime.

These study authors believe their results are promising for tomato growers interested in reducing energy consumption in greenhouses. “Supplemental IC-LED lighting at the intensities and wavelengths used in this study did not negatively affect greenhouse tomato fruit quality and demonstrates a potential alternative for overhead high-pressure sodium supplementation,” they said.

Three cheers for greenhouse LEDs and reducing a tomato grower’s energy footprint. In the meantime, I wait most for my garden tomatoes.

Green Living Ideas, part of the Important Media Network, provides ideas, tips, and information to help you ‘green’ every aspect of your life: home energy, green building and remodeling, cars, food, waste recycling—and everything in between.