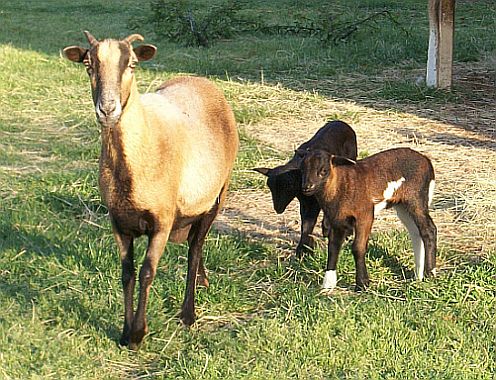 A new study published in Nature this week found that grazing animals on grasslands reduced the amount of nitrous oxide released by those grasslands. Nitrous oxide is the third most important greenhouse gas after carbon dioxide and methane. It contributes to the destruction of ozone in the atmosphere and accounts for roughly 6% of the heating effect of greenhouse gases. About a third of the nitrous oxide produced in the U.S. anthropogenically comes from lands used for grazing; the rest comes from crop lands and from industrial sources.

Prevailing wisdom has been that more animals on grasslands would increase the amount of nitrogen available (from manure, for example) to be transformed into nitrous oxide. Instead, it seems that the animals’ grazing reduces the impact of the increased nitrogen.

The study did not take into account methane or carbon dioxide produced by the animals or by grassland management. The study also did not consider effects of improperly managing grazing land, such as erosion from overgrazing or compaction of soil from too many animals on the land. It does give scientists and ultimately farmers more information on grassland management and help give insights into climate change.