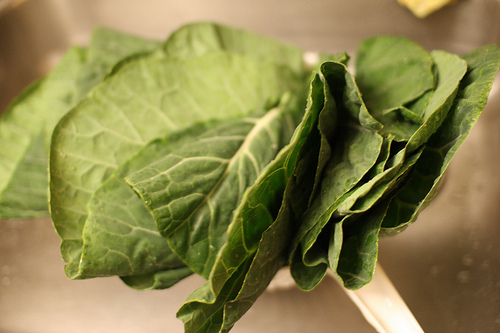 Having spent a number of years working in and enjoying Atlanta, Georgia, I developed an affinity for southern hospitality. After moving away, I would call directory assistance for the 404 area code occasionally just hear that distinctive and luring southern twang again.

I really fell in love with the South when a girl I was dating at the time took me to her family’s home for a New Year’s Day meal. I could taste the customs and flavors that have been passed down for generations.

Though the foods may vary, New Years day has a number of good luck food traditions throughout the world. Some foods are said to bring luck or money; others safety and a good life. And some are just tasty.

According to Epicurious, superstition also dictates what not to eat:

In addition to the aforementioned lucky foods, there are also a few to avoid. Lobster, for instance, is a bad idea because they move backwards and could therefore lead to setbacks. Chicken is also discouraged because the bird scratches backwards, which could cause regret or dwelling on the past. Another theory warns against eating any winged fowl because good luck could fly away.

My hope for you is to reap the benefits of these traditions by starting the year with a fabulous dining experience and an optimistic outlook for prosperity and abundance.