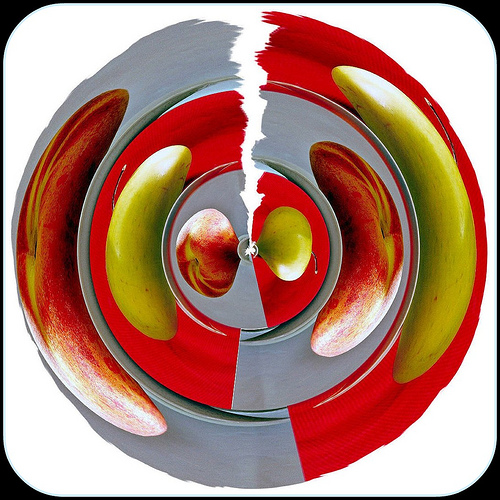 Yeah, if you haven’t worried about GMOs up until now, that headline might have you doing so. Unfortunately, it’s true.

A new review of the scientific literature on GMOs published in the journal Environmental Sciences Europe reports that numerous scientific studies have found a link between the most common GMOs (in particular, GM corn and soybeans) and severe organ problems in rats and mice. Data from several independent studies “indicate liver and kidney problems as end points of GMO diet effects,” the authors write.

The liver and kidneys were not the only parts of the animals’ bodies that were disrupted, however.

“By reviewing data from 19 animal studies, Professor Gilles-Eric Séralini and others reveal that 9% of the measured parameters, including blood and urine biochemistry, organ weights, and microscopic analyses (histopathology), were significantly disrupted in the GM-fed animals,” Jeffrey Smith of the Institute for Responsible Technology writes.

The authors pointed out that the liver and kidneys “are the major reactive organs” when it comes to chronic food toxicity. They are indicator organs, but they are not alone in receiving damage from GMOs.

Some of the animals fed GM foods saw their body weights significantly altered as a result, “a very good predictor of side effects in various organs,” according to the authors.

Are You Eating These GM Foods?

GM corn and soybeans were used in the studies and “constitute 83% of the commercialized GMOs.” Billions of people consume these foods. If you live in the U.S. and don’t strictly consume only organic products, it’s very likely you are consuming these GM foods.

Try reading the labels of the food you buy on a regular basis and see if you can avoid foods with corn and soy products in them (such as high fructose corn syrup).

Unfortunately, health effects are not related to dose in many study findings. This means that eating smaller amounts of GMOs (but still some) isn’t necessarily a plus.

The best way to avoid GMO: go 100% organic. (At least, that is an option for now, but as we’ve discussed in the past several months, even that option is being threatened by the GMO giants.)

For more help on this matter, you can consult the Non-GMO Shopping Guide.

Why haven’t these findings kept GMOs out of our food system. Very blunty, because of a rich and powerful GMO industry and lobby and a total lack of concern for appropriate safety analyses.

“While the findings may have serious ramifications for the human population, the authors demonstrate how a multitude of GMO-related health problems could easily pass undetected through the superficial and largely incompetent safety assessments that are used around the world,” Smitt writes.

One of the key recommendations of the authors was that studies of a longer time frame than normal be conducted. The industry currently limits trials to 90 days (not very long if you want to learn about the actual, potential long-term effects of GMOs). Only two studies reviewed were longer than 90 days, both conducted by independent, non-industry researchers.

Short studies could easily miss many serious effects of GMOs. It is well established that some pesticides and drugs, for example, can create effects that are passed on through generations, only showing up decades later. IN the case of the drug DES (diethylstilbestrol), “induced female genital cancers among other problems in the second generation.” The authors urge regulators to require long-term multi-generational studies, to “provide evidence of carcinogenic, developmental, hormonal, neural, and reproductive potential dysfunctions, as it does for pesticides or drugs.”

Nearly all GM crops are described as “pesticide plants.” They either tolerate doses of weed killer, such as Roundup, or produce an insecticide called Bt-toxin. In both cases, the added toxin—weedkiller or bug killer—is found inside the corn or soybeans we consume.

When regulators evaluate the toxic effects of pesticides, they typically require studies using three types of animals, with at least one feeding trial lasting 2 years or more. One third or more of the side effects produced by these toxins will show up only in the longer study—not the shorter ones. But for no good reason, regulators ignore the lessons learned from pesticides and waive the GM crops-containing-pesticides onto the market with a single species tested for just 90 days. The authors affirm that “it is impossible, within only 13 weeks, to conclude about the kind of pathology that could be induced by pesticide GMOs and whether it is a major pathology or a minor one. It is therefore necessary to prolong the tests.”

For much more on limitations of GMO studies, which include the fact that “GMO approvals also ignore the new understanding that toxins don’t always follow a linear dose-response” and “toxins may generate new substances (metabolites),” read Smith’s full post on this: GMOs Linked to Organ Disruption in 19 Studies.

Note that the authors also indicate that it cannot be confirmed at this point if GMOs or the chemicals sprayed on them are causing the negative health effects. Again, there’s very simply a lack of research on the matter (or if the research was conducted by private companies, it hasn’t been revealed.)

You can also check out the full scientific review, which concludes:

The 90-day-long tests are insufficient to evaluate chronic toxicity, and the signs highlighted in the kidneys and livers could be the onset of chronic diseases. However, no minimal length for the tests is yet obligatory for any of the GMOs cultivated on a large scale, and this is socially unacceptable in terms of consumer health protection. We are suggesting that the studies should be improved and prolonged, as well as being made compulsory, and that the sexual hormones should be assessed too, and moreover, reproductive and multigenerational studies ought to be conducted too.

I’ll also have articles coming soon on how to join to non-GMO movement.