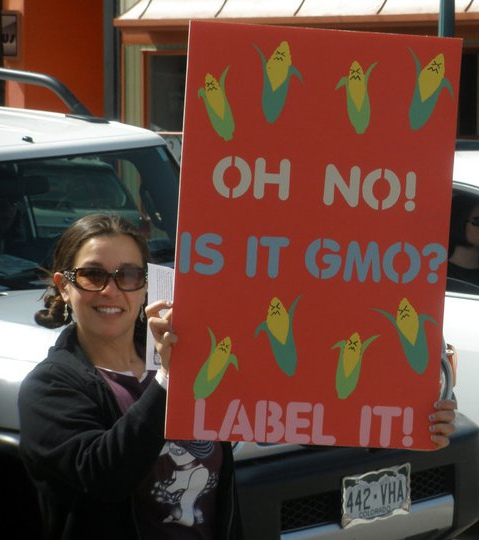 On June 26, 2012, Kellogg Company contributed $20,167.59 to the California political campaign known as The COALITION AGAINST THE COSTLY FOOD LABELING PROPOSITION, SPONSORED BY FARMERS AND FOOD PRODUCERS. This organization was set up to spread propaganda about the cost of labeling GMOs to California residents. In this digital age, you have to wonder why a company would spend more money than it could possibly cost to change their product labels to fight against the consumer’s right to know what we are eating.

Kellogg’s products contain genetically engineered ingredients (GMOs) that were released into our food supply without independent long term testing. The FDA does not oversee the nature or extent of testing that these GMOs undergo. Instead, they allow the companies that develop them and profit from their sale, to determine whether they are safe. “The superficial studies they do conduct are widely criticized as rigged to avoid finding problems.*  “Genetic engineering is crude and imprecise, and the results are unpredictable.”** Mounting scientific evidence has shown that the GMOs in our food supply are not safe for human consumption.

Kellogg’s products contain an EPA Registered Pesticide also known as GMO Bt Corn, and other GMOs that have been scientifically linked to health problems. These problems include:

The FDA doesn’t care, BUT WE DO. Please take a moment to email Kellogg’s executives and customer service. Share the scientific evidence. Tell them that Kellogg’s Corn Flakes are no longer an American Icon and you will be boycotting Kellogg’s products until they remove GMOs!

The release cites data from the Institute for Responsible Technology, and from a recent groundbreaking report called GMO Myths and Truths. In this report two genetic engineers present extensive scientific data indicting GMO crops, for damaging the environment and human health.

Go here to take action on this issue; then join GMO Free USA on facebook or yahoo to stay involved!

Based on their contribution to the shady anti-consumer/ pro-industry ‘Coalition Aagainst the Costly Food Labeling Proposition,’ the Kellogg company appears to be a perfect first target for GMO Free USA.

As previously reported on this site, the ‘Coalition Aagainst the Costly Food Labeling Proposition’ represents a thinly veiled attempt by the biotechnology industry to manipulate CA citizens into voting against their own interests:

On June 13 the industry-funded ’Coalition Against the Deceptive and Costly Food Labeling Proposition’ issued a press release calling GMO foods “some of the safest and most thoroughly-tested food to ever enter our food supply.”

The fact that testing for chronic, reproductive, and developmental toxicity has never been adequately investigated, that GMO crops have hurt farmers, that reliance on GMO agriculture has reduced biodiversity at a national and global level, causing unforseen environmental impacts – or the fact that all  ‘testing‘ has been done behind closed doors by the very entities poised to benefit most from GMO product approval — is of course conveniently (and unscientifically) omitted from the statement.

If Kellogg’s chooses to support such a transparently pro-industry anti-consumer organization, they shouldn’t be surprised when consumers object!