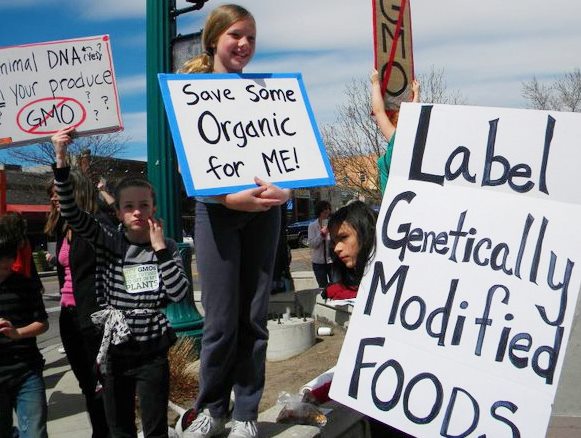 Sen. Barbara Boxer (D-Ca.) and Rep. Peter DeFazio (D. Ore.) introduced legislation yesterday that would require labeling of all foods containing GMO ingredients. Unlike California’s Prop 37, which attempted to tackle the issue last November, The Genetically Engineered Food Right-to-Know Act would require labeling for beef, dairy, chicken, and turkey products as well as other GMO-containing foods — the proposed requirement would apply to all foods regulated by both the FDA and USDA.

The proposed legislation appears to enjoy bipartisan support, with more than 20 House and Senate cosponsors from both sides of the aisle. Find the House version of the bill here, or the Senate version here.

Mandatory GMO labeling is one of those rare things in US politics that enjoys almost universal citizen support, but the deep lobbying pockets and gargantuan political clout of industry monoliths like Monsanto have so far been able to stifle progress on this issue.

As Sustainable Business points out,

Although 95% of Americans consistently say they want labels, the US is pretty much alone in keeping this information secret – 64 countries have mandatory labeling policies including the EU, South Korea, Japan, Brazil, China, South  Africa and Australia.

Prop 37 was outspent by a $46 million mega-advertising-blitz funded by chemical companies and grocery manufacturers. But since November, the labeling movement’s momentum has only grown stronger.

According to the San Francisco Chronicle,

Those [Prop 37] opponents argued that genetically engineered crops are safe and that the government would be stigmatizing those foods and standing in the way of science by requiring labeling.

But Boxer says the FDA requires labeling of more than 3,000 ingredients, additives and processes and that now it is time for the agency to include foods that have been genetically modified.

“Americans have the right to know what is in the food they eat so they can make the best choices for their families,” Boxer wrote in a statement announcing the new bill. “This legislation is supported by a broad coalition of consumer groups, businesses, farmers, fishermen and parents who all agree that consumers deserve more – not less – information about the food they buy.”

For more on why we need (and deserve) fair and accurate labeling of GMO foods in the US, check out these resources:

Then go here to tell your representatives you expect them to represent YOU — vs. biotech corporations — on the issue of GMO labeling!