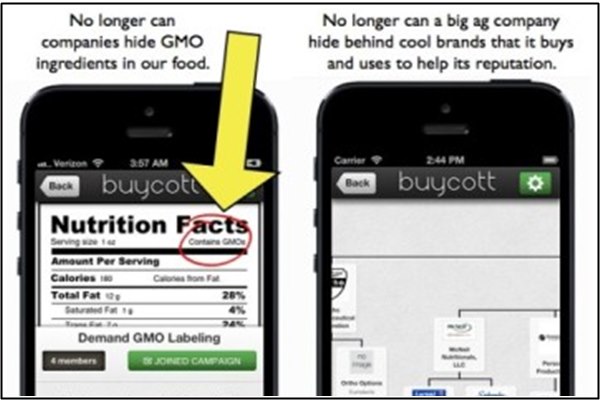 We cover the fights over consumers’ right to know (GMO labeling laws) quite a bit, here at Eat Drink Better. I live in Hawaii, where one of the most contentious battles is currently raging over proposed Bill 2491. GMO companies headquartered in Michigan, Iowa, and elsewhere have made Kauai ground zero not for growing GMO seed corn, per se, but more in the testing of new varieties of pesticides with their crops.

According to the non-profit group Stop Poisoning Paradise, 18 tons of pre-diluted, restricted use pesticides are tested on Kauai every year. Physicians have testified with concern over cancer clusters conspicuously aligned geographically with these experimental fields, and residents have long complained about pesticide drift due to Kauai’s wet, windy weather.

Bill 2491 would require safety/buffer zones along experimental agricultural fields that are adjacent to schools, hospitals, and other “sensitive” areas so that restricted use pesticides stop drifting into kindergartens.

And yet the GMO companies fight even that.

GMO Labeling App, to the Rescue!

It’s enough to make you want to never buy a GMO product again — but the GMO companies have successfully beaten back most GMO labeling laws, so how would you even know what to boycott? Well the good news is that (drumroll, please!) there’s now a powerful app for that! We’ve covered other apps for GMO-related issues before; but the new app called BuyCott is beautifully simple, elegant, and effective. Sshoppers can now scan any item in the store and find information on it, including whether or not it contains GMO ingredients.

While the database is not completely definitive, the app crowdsources its information: since the product I scanned is one I’ve had in the cupboard for 2 years (I use it as a demo of bad companies doing bad things…more on that in a moment!), I had to manually fill in the details of who makes it and what it is, but after that: I got the goods!

By signing up for a boycott of Monsanto and other GMOs, I got this easy to read and clear-as-day message when I scanned the bar code on a bottle of Wesson canola oil.

It’s hard to read there, but that bottle of canola oil claims to be “100% natural”. Whereas in reality it’s actually 100% GMO, reality apparently doesn’t matter to companies like ConAgra — who only stopped labeling this bottle as 100% natural after a lawsuit forced them to do so. By scanning this bottle, any consumer anywhere anytime can learn that ConAgra is a company not to be trusted — and that a 100% natural label has no real meaning.

While You’ve Got Your Phone Handy…

I also love that the company’s phone number pops up. I called and was unable to reach a live person since it was past regular business hours, but the idea that millions of anti-GMO activists get a button that they can just press to voice (literally) their concern over a company’s product directly to the company? Genius!

Visit the BuyCott website today and get your free app. Join the millions around the world in voting with your dollars to finally convince the big ag companies that their secretive and dare I say evil business practices are simply not acceptable anymore.

The information is at your fingertips; and now it’s up to you.

See below for more screenshots of what the app can do.

Images by the author.