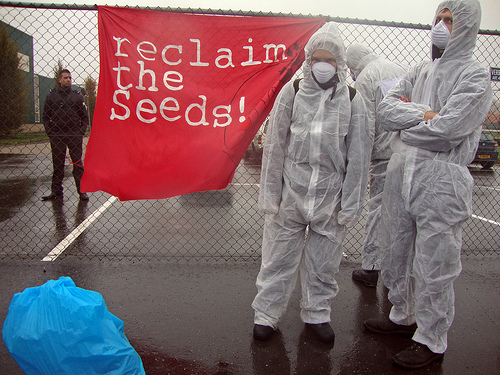 “If Americans want progress, they’ll have to be guinea pigs”

Philip J. Regal, emeritus professor of ecology, evolution, and behavior at the University of Minnesota and a plaintiff in the lawsuit, said he knew several FDA scientists who were “disgusted” with the policy.
During the early 1980s, Regal was asked to help the government establish a system of regulating genetically modified foods. He said policy development favored biotech companies.

“The bureaucrats were under pressure from the White House to help the biotech industry, which was against regulation and thought it would be too expensive,” Regal said. “The result was no regulatory system, just a sham.”
According to Regal, FDA knew about the risks of GM foods before they drafted policy guidelines, but decided it was up to the industry to deal with them. He said a common phrase heard at the time was, “if Americans want progress, they’ll have to be the guinea pigs.”

When he saw GM foods appearing on the market, Regal said, “it was all I could take,” and became a plaintiff in the lawsuit.

In 2000 a US District Court ruled against the plaintiffs and upheld FDA’s policy, which remains in effect today.

Druker believes the labeling issue is secondary to the fact that GM foods are on the market illegally. “By merely demanding labeling, it amplifies the impression that these products are legally on the market. As I see it, that’s taking a weaker approach than the facts support and warrant; and it surrenders a lot of leverage.”