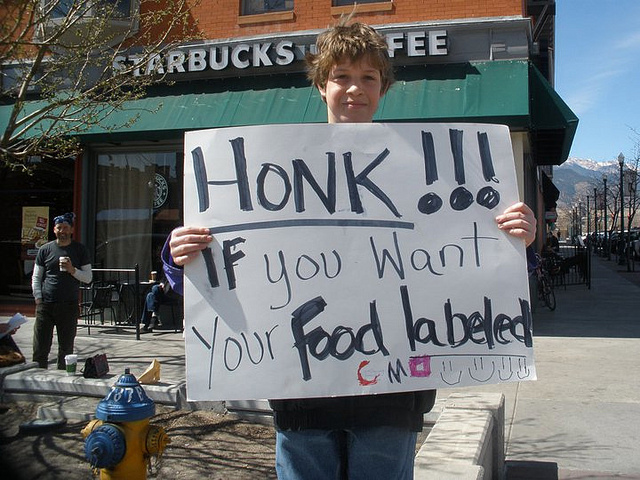 The right to choose what food goes into your own body is a fundamental freedom, one that corporate interests simply do not have the right to supersede.

To be clear, existing research does not prove GMO foods to be harmful; the problem is that neither does it prove them to be safe for long term production and consumption.

Chronic, reproductive, and developmental toxicity studies take as long as two years to study in rodents, and can involve multiple generations; these studies are notably lacking, in current (industry) safety research on GM foods. Considering the prevalence of GMOs in our food supply at present, many consumers find this emphasis on only acute and subchronic toxicity irresponsible and disturbing.

Another potential health concern related to GM food production involves Monsanto’s glyphosate-resistant GE crops, marketed under the Roundup Ready label. Despite stated goals of reducing the need for herbicides, the rise of Roundup Ready GM crops has in fact dramatically increased the use of glyphosate-based pesticides in American agriculture.

Glyphosates are known to cause birth defects in frog and chicken embryos, at exposure levels much lower than those related to modern agricultural use. Multiple research studies indicate increasing glyphosate-related health concerns directly linked to the production of crops with genetically engineered pesticide resistance, especially in farming communities. Runoff from Roundup Ready GM fields puts glyphosate in our waterways, potentially causing significant damage to human health as well as environmental integrity.

Industry’s unscientific response to glyphosate health concerns, related to GM crops? To paraphrase, “Nuh-UH!” Unsurprisingly, Monsanto chose to  deny the problem, deny their own data, and dismiss concerns without further ado. That is not good science, and does not inspire consumer confidence regarding industry’s ability (or willingness) to accurately assess health and safety risks of GM crops.

The biotechnology industry– Monsanto especially– has systematically and consistently attempted to suppress, omit, and avoid research data that paints anything but the rosiest possible picture of their products, and those who benefit most from GM foods’ approval are themselves in charge of health and safety testing.

Even if the biotechnology industry believes this system of carefully limited in-house safety testing to be adequate, lack of labeling should not impede consumers’ right to avoid GM foods if they disagree.