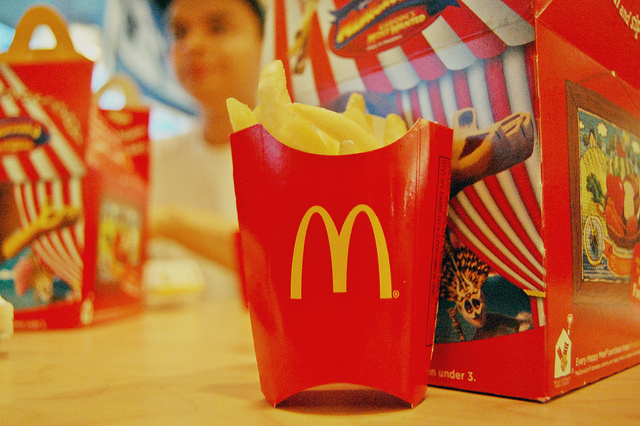 Earlier today, Chris listed the 10 most common GMO foods, and USDA is close to adding one more to that list: GM potatoes.

I just received an alert from Food & Water Watch explaining that McDonald’s is the world’s #1 potato buyer, which means that if they refuse to buy GMO potatoes, farmers won’t plant them. Jo Miles said in this afternoon’s press release:

“You may not like McDonald’s. I’ll be honest: I haven’t eaten there since I was a kid. But thanks to their famous fries, McDonald’s is the single largest purchaser of potatoes in the United States. That’s why we’re calling on them right now, before the GE potato is even approved, to commit that they won’t buy it.”

Sure, you can avoid GE potatoes if they get approved by buying organic, but we’ve seen over and over that GMO crops cross-breed with conventional and even organic crops, contaminating them and sometimes even hurting trade with other countries who have bans or regulations on GMOs.

Want to stop GM potatoes in their tracks? Tell McDonald’s that you won’t buy genetically modified fries. Food & Water Watch has an online petition that makes it easy to join the ranks of consumers saying no to GM potatoes.