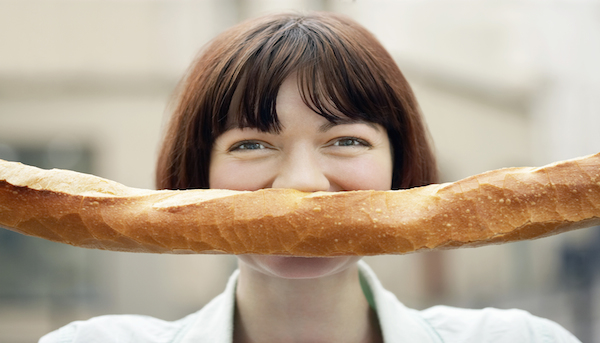 Should you avoid gluten, a protein found in certain grains? Many people do, even if they’re not officially suffering from a gluten sensitivity or from celiac disease, a serious autoimmune disease that affects about one percent of the population. Gluten has become a pariah—blamed for a number of health issues that may not be attributable to gluten after all (such as weight gain, skin conditions and decreased cognitive function).

The fact is, many scientists are still struggling to understand what exactly our issues are with gluten. According to NPR’s The Salt, gastroenterologists say they’re sure about two things: “One is that the number of people who are truly non-celiac gluten sensitive is probably very small. Second, they say that the people who say they feel better on a gluten-free diet are more likely sensitive to a specific kind of carbohydrate in the wheat — not the gluten protein.”

That’s right, for most people, it might not be gluten after all that’s causing sensitivities. The carbohydrate in question is fructan, “a member of a group of carbs that gastroenterologists say is irritating the guts of a lot of people, causing gas, diarrhea, distention and other uncomfortable symptoms,” reports The Salt. “Altogether, these carbs are called fermentable oligo-di-monosaccharides and polyols, or the cumbersome acronym FODMAPs.”

These FODMAPs aren’t strictly found in wheat either. They’re in garlic and artichokes, and some fruits, as well as dairy and certain legumes.

“While most people can digest FODMAPs with no problem, for many with chronic gut disorders like irritable bowel syndrome, they’re poorly absorbed by the small intestine and then fermented by bacteria to produce gas, which leads to those unpleasant symptoms,” explains The Salt.

In 1999, a team of scientists out of Monash University in Australia made the connection between IBS, which affects about 20 percent of Americans, and FODMAPs. They even designed a special diet to help relieve symptoms, reports The Salt, “the diet was swiftly embraced by doctors and dieticians as a treatment for IBS because it’s as effective as the drugs on the market. (In most trials, 70 percent of patients see improvement in their IBS symptoms when they go on the low-FODMAP diet.)”

But additional research out of Monash also showed gluten as a culprit for IBS symptoms, which may have led to the gluten-free craze among people who technically have no gluten allergies or sensitivity.

Jessica Biesiekierski, a post-doctoral research fellow at the Translational Research Center for Gastrointestinal Disorders in Belgium found that some people who eliminated gluten still had some symptoms, suggesting they may actually have FODMAP sensitivities. Since FODMAPs occur in foods besides wheat, it could explain the issue.

“We believe non-celiac gluten sensitivity probably does exist, but it’s not very common and we have a lot more to do until we fully understand [gluten],” she said.