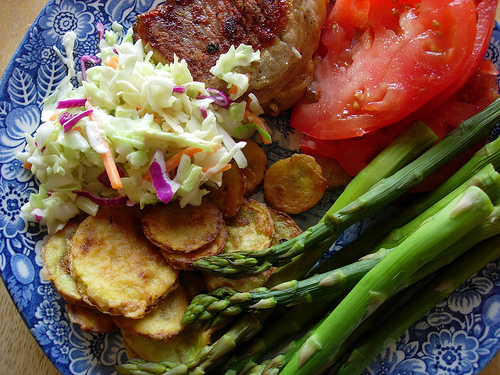 There are contrasting approaches to population health in the news this week. Russian officials have more or less ordered Russians to change their diets – the Federal Consumer Protection Service claims Russian adults now weigh two kilos more than they did a decade ago, while children are a kilo heavier. Now that the recession is likely to drive Russians back to cheaper calorie-rich but nutrient-poor foodstuffs such as bread and potatoes, there is a fear that this weight gain, which began in the boom years, will accelerate in the bust ones.

So the report, whose title more or less translates as Healthy Nutrition on the Cheap, contains guidelines to help Russians stay slim and healthy.  They are being encouraged to reduce their consumption of fizzy drinks and have milk instead, especially kefir, the sour milk that used to be drunk to promote good sleep, and healthy hair! In addition, Russians should have porridge for breakfast and eat borscht (beetroot soup) on a regular basis to keep alive their culinary traditions as well as improving their health.  The head of the service warned that ‘When it comes to obesity, Russian women are among the leaders in European countries’ and also gave guidelines on food spending – saying that a man should be able to eat healthily on around 2,800 roubles ($80 dollars) a month, while a woman could manage perfectly well on 2,400 roubles, about $70.

In the USA a new range of classes and exercises aim to help people think holistically about food. Meditating before you eat is claimed to help people eat less but enjoy it more, because it focuses the senses on the food and allows the consumer to slow down and think about what they are eating, experiencing it in all its aspects – this means that people are more likely to stop eating when they feel full and to get greater emotional satisfaction from the food they do eat.

Eating meditations are often used in conjunction with fasts, and as Lent is the traditional period for Christians to give up some favoured food until Easter, many people are undertaking a form of eating meditation now.  However, you do not have to have a religious or spiritual belief to enjoy food meditation. You can simply focus on the food you are going to eat as you prepare it, considering its shape and colour, nature and aroma, where it came from, who grew it, its health-giving benefits, and all the stages it went to before it arrived on your plate and how the different components of a dish work together.

Then, as you eat, you should take time to register the feel of the food in your mouth and its flavours and how your body responds to each mouthful. This re-educates the body and mind to consider food as a valuable part of the day and to avoid ‘mindless’ eating’ which fills the body with calories without considering if they are needed, or even, enjoyed.