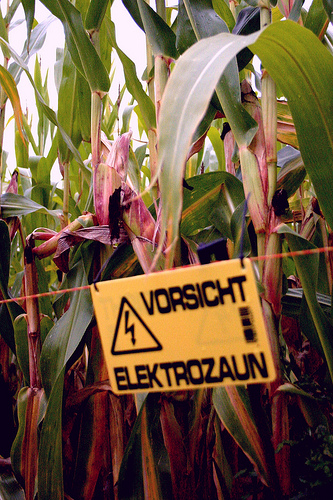 In the European Union, there is only one permissible genetically-modified crop — and that is Monsanto’s MON 810 engineered corn.  But current law allows individual countries to bar the production of genetically-modified crops, and the MON 810 ban has been gaining momentum throughout the continent. This is despite the European Union’s continuous fight to force GM production, such as in the recent failed attempt to overturn Austria and Hungary’s ban.

Yesterday, Germany brought the number of dissenting countries to six by also banning MON 810.  German Agriculture Minister, Ilse Aigner, went a step beyond Luxembourg’s position, and stated outright that she feels “there are just reasons to assume that the genetically modified maize MON 810 represents a danger for the environment.”

Not surprisingly, Monsanto disagrees.  Brad Mitchell, Monsanto spokesperson, said that the company was “disappointed and frankly, we don’t believe that they [Germany] have justification to warrant this.” He went on to argue that studies in the European Union had already proven MON 810’s safety.

Monsanto continues to insist the corn itself is safe. German Monsanto head Ursula Luettmer-Ouazane added that the corn is “safe for human health, animals and the environment.”  But that doesn’t jive with a recent study out of Austria, which showed mice who were fed Monsanto’s genetically-engineered corn demonstrated measurably damaged fertility.

That doesn’t sit well with Ilse Aigner, Germany’s Agriculture Minister.  “Genetic engineering must include a complete guarantee of the security for person, animal, plant and environment”, she declared.

And in light of current data, such a guarantee does not exist.

Image via tillwe on Flickr under a Creative Commons License

Leave a Reply to GMO’s – Banning together: what to do about GM foods « GE Free BC Cancel reply