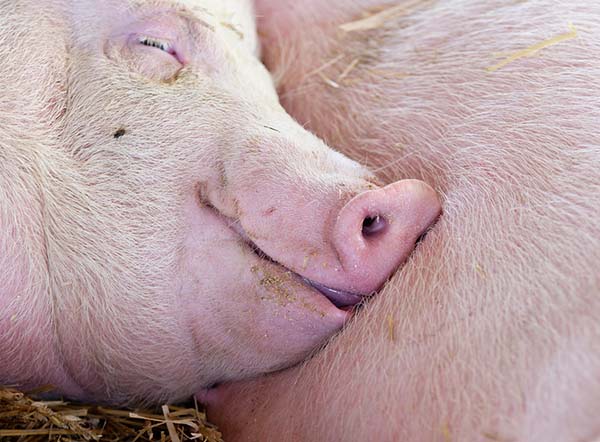 What’s in the paper really isn’t anything new. It’s true: vegans need to take a B12 supplement, and there are some other supplements that long-time vegans might want to consider taking. Pretty much everyone on the planet can benefit from some vitamin supplements, and vegans aren’t the exception.

The thing about this paper is that it does have information that would be useful for someone considering a vegan diet and even for long-time vegans. It’s all about presentation. Every diet has problems. The Standard American Diet, for example, is dangerously high in saturated fats and sugar and dangerously low in fiber. Vegans do need to eat a balanced diet, and this paper could have been a helpful guideline for doing that. Rather than just making level-headed recommendations, though, it reads as a little bit alarmist. Let’s all take a big breath and talk about being a real-life vegan.

B12 is the main nutrient to keep an eye on as a vegan. If you’re interested in what other supplements vegans should consider taking to stay healthy, I recommend checking out Ginny Messina, R.D.’s site. Her article on supplements for vegans is a great place to start and really puts the whole supplements thing in perspective.

As a long-time vegan, I’ve definitely had to become familiar with what supplements to take, and I don’t mess around with B12. This is the sublingual B12 that I take twice a week, based on Ginny Messina’s evidence-based recommendations. I also take a vegan multivitamin a few times a week to make sure other nutrients, like calcium and vitamin D, are  a-OK.

The German Nutrition Society paper seems to go out of its way to make B12 seem like an impossible nutrient to get without eating animal products. Not only can you take a supplement, but many foods are B12 fortified. Rather than just acknowledge that vegans get some dietary B12 from fortified foods, they have this weird caveat, “If fortified foods are strictly excluded in a vegan diet, hardly any vitamin B12 is consumed.”

Well, duh, German Nutrition Society. If I go on some strange lettuce-only diet, I’ll definitely die. Vegans, like all humans, need to eat a variety of foods. A Pregnant Vegan and Her Vegetarian Kid

The part of the German paper that I found most ridiculous was the advice for pregnant and lactating women and for children. You can absolutely have a healthy vegan pregnancy and raise healthy vegan kids. Like all pregnant women, you should eat a balanced diet and take a prenatal vitamin, and like all kids, vegan kids just need a children’s multivitamin.

When I first got pregnant, I made sure to ask my OB to keep an eye on my B12 levels, and we checked it throughout my pregnancy. When my levels dipped to the low end of the normal spectrum, I added a daily 1000 microgram supplement to my routine, and my levels went back up. They stayed good for the rest of my pregnancy.

Other than needing a B12 supplement, my pregnancy was completely normal, and my kid is perfect. He has been vegetarian since birth (my husband is an omnivore, so this was our compromise for our child), and he’s as healthy as any other kid. In fact, when it was time for him to wean, I asked about milk, and our pediatrician recommended soy or almond. She told me that, “There is nothing in dairy that your child needs.”

My son is vegetarian, but he eats vegan most of the time. He takes this daily chewable multivitamin. Most kids take a multivitamin, and I chose this one because it is formulated for vegetarian and vegan children. You’ve probably heard horror stories about vegan kids getting sick, and that’s not because they were vegan. It’s because their parents were neglecting them. You can read my thoughts about those types of news stories here.

Vegan for the Animals

Here’s where the German Nutrition Society paper and articles about it really miss the mark, though: I’m not vegan for my health or some “glam factor.” I’m vegan because I don’t want to harm animals, and so are many others in the vegan community. If taking a supplement is what we need to do to harm fewer animals, then pass the pill bottle.

For a long time, the vegan community – myself included – have talked a lot about the health benefits of going vegan. And there can be health benefits, if you eat a balanced, mostly whole food vegan diet and take the right supplements.

The German Nutrition Society paper and many articles that I’m seeing about it are painting veganism as some kind of extreme, restrictive diet or even as an eating disorder. The truth is, that we live in a world where we can get all of the nutrients we need without harming animals. Maybe 100 years ago, a vegan diet would have been dangerous. Today, it just takes a little bit of supplementation to protect your own health while also preventing animal cruelty. For me and millions of vegans like me, animal welfare is worth it.

Image Credits: Supplements image via Shutterstock, Pigs image via Bigstock. All other photos by Becky Striepe