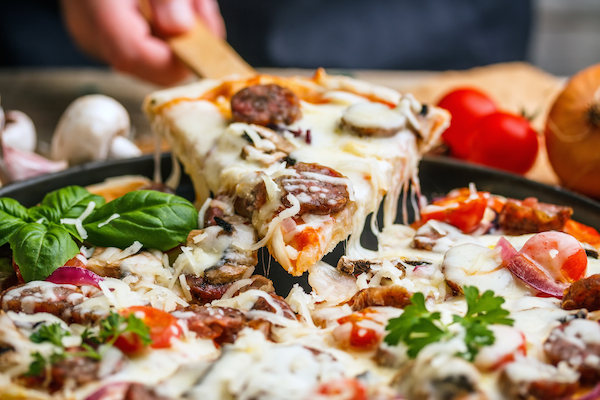 It’s the white whale for vegans. Cheese. Sure, there are plenty of vegan cheese options on the market. We’ve all grinned and eaten them. But as acceptable as they may be, they do all lack that, well, cheesiness.

As udderly unappetizing as dairy cheese is for a whole host of reasons, there’s not much appeal to oils and starches mixed with “natural flavors” to create gloppy vegan cheese, either. Some vegans just cut their losses and move on to other foods.

But don’t give up just yet for the perfect vegan cheese.

According to Modern Farmer, a group of  “biohackers” are developing “Real Vegan Cheese,” which will use a yeast that’s been genetically modified to create a vegan cheese protein.

As any vegan knows, it’s casein—the magic melting protein in dairy cheese—that is lacking in vegan cheese. It’s why the stuff sits there in clumps instead of melting.

“By taking synthesized yeast milk protein DNA and putting it into baker’s yeast cells, the yeast will begin to produce milk protein,” reports Modern Farmer. “When the protein is mixed with water, vegan sugar and oil, it becomes a suitable milk substitute that can be turned into a semi-hard, vegan and lactose-free cheese. Since the product is made with a milk protein, it will have a similar taste and texture to traditional cheese, but with the same ethical peace-of-mind of vegan cheeses.”

But what was that about genetically modified yeast?

We’re not talking Monsanto, here. This isn’t a crop being sprayed with Roundup or 2,4-D. It’s a yeast cell modified with a milk protein. So, is it still vegan, technically? According to the researchers, the end result “will hopefully be a renewable, lab-based source that doesn’t harm the environment, like large-scale cattle farms or even (to a much smaller degree) the harvest of nuts for vegan cheese,” reports Modern Farmer.

The group even hopes to offer vegan cheese-making kits for sale after launching in the fall.