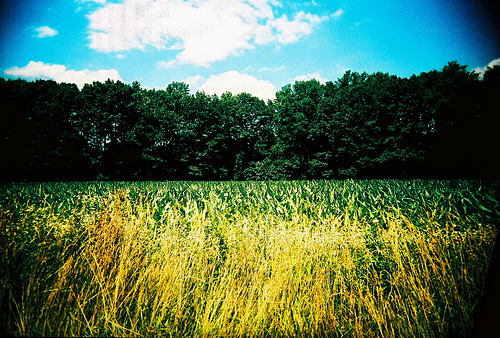 Genetically engineered pharmaceuticals are a big idea in the GM community. Instead of having a human lab tech growing bacteria to produce an antibiotic, why not insert an antibiotic-producing gene into a plant? Plants can do all the work and will produce a larger quantity of the antibiotic with much less input. Think of all the money we can save on college-educated lab techs!

The problem happens when a common human food, like corn, for instance, is used as the plant that produces the antibiotic. Currently, there are few safeguards to keep one type of corn from being mixed in with another type of corn. Genetically engineered cattle feed corn occasionally gets mixed in with genetically engineered sweet corn intended as food for people, for example. Cattle feed tastes awful, so you might expect that companies have a financial incentive to keep the corns separate, but they clearly don’t.

If the same thing were to happen with an antibiotic-producing corn and a person with an allergy to that antibiotic ate that corn, the allergic reaction would be just as severe as if a doctor had improperly prescribed that antibiotic to the allergic person. For those of use without allergies to that particular antibiotic, it would still kill off bacteria in our bodies – good and bad bacteria – as if we were taking medicine. Antibiotic-resistant bacteria would flourish.

The antibiotic is just an example. Companies are looking at how to get plants to produce other pharmaceuticals, like antidepressants. The gene-insertion wouldn’t need to be limited to corn, but corn has been thoroughly researched as a genetically modified organism. It wouldn’t take much work to modify a corn plant to produce pharmaceuticals.

Rep. Dennis Kucinich wants to prevent these kinds of scenarios from happening. H.R. 5578 would keep pharmaceuticals out of human and animal foods and establish a tracking system so that if something did go wrong – if pharmaceutical plants were mixed in with the human food supply – regulators could stop the distribution of the food before people get hurt.

Like H.R. 5577, H.R. 5578 is also sitting in two committees: the House Energy and Commerce Committee and the House Agriculture Committee. So far, eleven representatives have signed on to co-sponsor the bill.