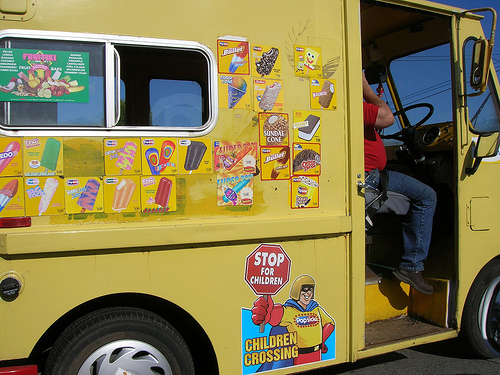 A fruit pop company in the Southwest U.S. has recalled their frozen fruit bars after a suspected link to a typhoid outbreak. The mamey pops were sold in stores, vending machines, and ice cream trucks.

Frozen fruit bars under the brand Fruiti Pops with UPC number 763734000097 are the ones affected by the recall.

This recall is due to one earlier this month from Goya Foods, Inc. On August 12, Goya recalled contaminated mamey pulp after an outbreak of typhoid fever in California and Nevada.

Fruiti Pops have not been linked to any illnesses yet, so hopefully they got the recall out in time to avoid another outbreak.

Between this and the egg recall, there have been some serious food safety issues popping up lately. This is yet another food contamination issue linked to large scale agriculture.

Buying local, organic food is a great way to make sure your food is safe. The more you know about your food’s origin and ingredients, the better!

Rather than picking up packaged, processed, food, you can make your own frozen treats. It’s easy as pie to make popsicles at home from organic juices or even make your own sorbet in the blender.