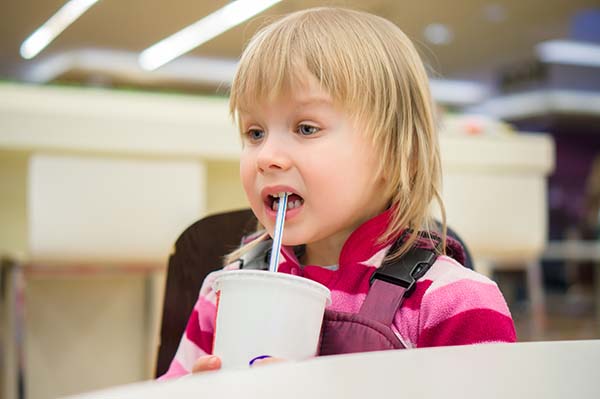 Added fructose may be a big part of what’s fueling our diabetes epidemic. According to a recent report, this type of added sugar is a leading cause of type 2 diabetes.

The report says that we are eating too many added sugars in general, especially added fructose. Fructose has been shown to increase insulin resistance and hurt our metabolism. Sucrose didn’t fare much better in clinical trials.

The authors make a point of distinguishing between added fructose – such as high fructose corn syrup – and the fructose found in fruits and vegetables. Naturally-occurring fructose is balance out by the metabolic benefits of eating vitamin- and fiber-rich fruits and veggies. In fact, a diet rich in plant-based foods may even protect you from type 2 diabetes.

You can view the full report in the Mayo Clinic Proceedings or read a summary from Elsevier Health Science below.

Added fructose is a principal driver of type 2 diabetes

Recent studies have shown that added sugars, particularly those containing fructose, are a principal driver of diabetes and pre-diabetes, even more so than other carbohydrates. Clinical experts writing in Mayo Clinic Proceedings challenge current dietary guidelines that allow up to 25% of total daily calories as added sugars, and propose drastic reductions in the amount of added sugar, and especially added fructose, people consume.

Worldwide, approximately one in ten adults has type 2 diabetes, with the number of individuals afflicted by the disease across the globe more than doubling from 153 million in 1980 to 347 million in 2008. In the United States, 29 million adults (one in eleven) have type 2 diabetes and another 86 million (more than one in three) have pre-diabetes.

The net result of excess consumption of added fructose is derangement of both overall metabolism and global insulin resistance say the authors. Other dietary sugars not containing fructose seem to be less detrimental in these respects. Indeed, several clinical trials have shown that compared to glucose or starch, isocaloric exchange with fructose or sucrose leads to increases in fasting insulin, fasting glucose, and the insulin/glucose responses to a sucrose load. “This suggests that sucrose (in particular the fructose component) is more harmful compared to other carbohydrates,” added Dr. DiNicolantonio. Dr. DiNicolantonio and his co-authors, James H O’Keefe, MD, Saint Luke’s Mid America Heart Institute, Kansas City, MO, and Sean C. Lucan, MD, MPH, MS, a family physician at Montefiore Medical Center, Albert Einstein College of Medicine, Bronx, NY, examined animal experiments and human studies to come to their conclusions.

The totality of the evidence is compelling to suggest that added sugar, and especially added fructose (usually in the form of high-fructose corn syrup and table sugar), are a serious and growing public health problem, according to the authors.

The 2010 Dietary Guidelines for Americans say it is acceptable for some people to consume up to 19% of calories from added sugars, and the Institute of Medicine permits up to 25% of total calories from added sugars. In contrast, the World Health Organization recommends that added sugars should make up no more than 10% of an entire day’s caloric intake, with a proposal to lower this level to 5% or less for optimal health. Such levels would be more in line with what the authors would recommend and similarly restrictive to existing American Heart Association (AHA) recommendations–to consume no more than six teaspoons (24 grams) of sugar per day for women and no more than nine teaspoons (36 grams) of sugar per day for men.

While fructose is found naturally in some whole foods like fruits and vegetables, consuming these foods poses no problem for human health. Indeed, consuming fruits and vegetables is likely protective against diabetes and broader cardiometabolic dysfunction, explained DiNicolantonio and colleagues. The authors propose that dietary guidelines should be modified to encourage individuals to replace processed foods, laden with added sugars and fructose, with whole foods like fruits and vegetables. “Most existing guidelines fall short of this mark at the potential cost of worsening rates of diabetes and related cardiovascular and other consequences,” they wrote.

The authors also think there should be incentives for industry to add less sugars, especially fructose-containing varieties, to food-and-beverage products. And they conclude that at “an individual level, limiting consumption of foods and beverages that contain added sugars, particularly added fructose, may be one of the single most effective strategies for ensuring one’s robust future health.”