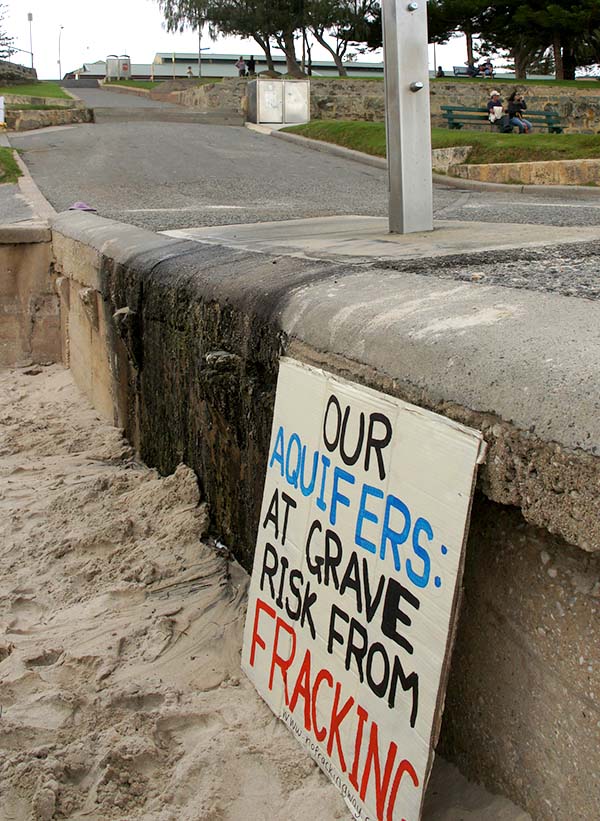 Fracking puts human health at risk by polluting air and water and contributing to climate change. Proof of the hazardous, risky, severe results from fracking grows. Local communities are at serious risk from the process of fracking. A new report, Fracking by the Numbers, states: “The combination of two technologies – hydraulic fracturing and horizontal drilling – has enabled the oil and gas industry to engage to unlock oil and gas in underground rock formations across the United States.” But that’s just the beginning of the horror story:

“Fracking,” however, has also led to tremendous environmental harm and put the health and safety of communities across the country at risk.

Fracking is simply not natural. It is, in fact, taking the “natural” out of this idea of natural gas. And clear water is no longer free for many because of this unnatural disaster. ThinkProgress notes that the report “details the sheer amount of water contamination, air pollution, climate impacts, and chemical use in fracking in the United States.” That article adds: “ ‘For the past decade, fracking has been a nightmare for our drinking water, our open spaces, and our climate,’ Rachel Richardson, a co-author of the paper from Environment America, told ThinkProgress.”

“At least 239 billion gallons of water — an average of three million gallons per well — has been used for fracking. In 2014 alone, fracking created 15 billion gallons of wastewater. This water generally cannot be reused, and is often toxic. Fracking operators reinject the water underground, where it can leach into drinking water sources. The chemicals can include formaldehyde, benzene, and hydrochloric acid.”

Everything about this reminds me of Love Canal. Instead of one group led by Lois Gibbs trying to bring cancer-causing damage (of Love Canal) to light (at that time, Gibbs was a homemaker who big business tried to focus on as irrational). Now there are many of us who, likewise, do not want overt carcinogens in our water. The denial, the misinformation, and the health hazards are reminiscent of that story. Now, though, this issue is nationwide — causing deprivation of pure water and clean air.

As ThinkProgress points out, that’s not even the end of the nightmare. “Fracking is also bad news for the climate. Natural gas is 80 percent methane, which traps heat 86 times more effectively than CO2 over a 20-year period. Newly fracked wells released 2.4 million metric tons of methane in 2014 — equivalent to the annual greenhouse gas emissions of 22 coal-fired power plants.”

What will it take to accept that fracking is short-sighted (if not stupid or some form of greedy insanity) and halt it?