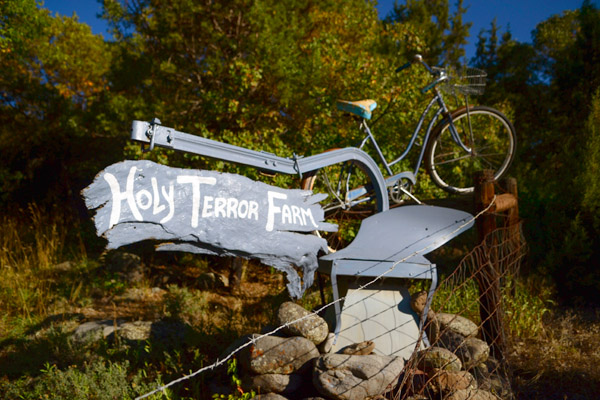 When Alison and Jason Gannett moved into their North Fork Valley home in Colorado, their plan was to produce all of their food in their very own organic garden, but a year later that dream is in jeopardy as natural gas companies are looking to drill near their land.

Fracking, or hydraulic fracturing, involves extracting natural gas from deep in the ground. Gas companies basically drill down then pump a chemical slurry into the rock to free trapped natural gas deposits. Natural gas companies refuse to share what’s in their mix of fracking chemicals, calling it a “trade secret.” You may also have seen ads on TV recently about how fracking doesn’t pollute drinking water because of how deeply they drill, but we keep seeing polluted water in areas surrounding fracking operations.

The food documentary Holy Terror: A Farm Under Siege was supposed to follow Alison and Jason’s homesteading adventure, but as the fight with the gas company unfolded, it became clear to the filmmakers that this was a much more pressing issue. Here’s the trailer:

Farmers in Colorado are fighting the attempts to frack near their land, and you can help spread the word! The filmmakers have a Kickstarter campaign to help them complete and launch their film, and there are still a few days left to kick in.