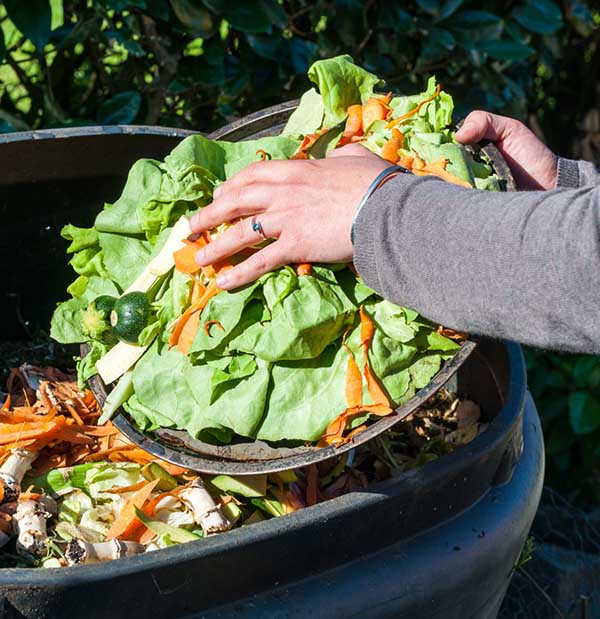 Food waste is no laughing matter, and it’s a big deal for our planet. Food waste is a very serious topic, but a funny music video makes it a little easy to spread the message about food waste.

Before we get to the food waste music video, though, let’s take a look at the state of food waste worldwide.

Excess food in the landfill is one of the biggest contributors to climate change, and it makes up the largest portion of our waste stream, beating plastic, paper, and all other types of rubbish.

We throw food away because it’s not big enough, not small enough, not red/green/yellow/purple enough, not perfectly round, not perfectly straight. There are zillions of parameters set for farmers and stores to ensure we see only the reddest, roundest red apples (nevermind being totally tasteless) and the longest, straightest carrots (never mind that the shorter ones might be sweeter). What We are Doing About Food Waste

And this food waste is expensive: the UN Food and Agriculture Organization estimates food waste loss at more than $900 billion  globally. But, collectively, the world is becoming more conscious of the systemic issues food waste, and how this affects farmers, shoppers, eaters, and impacts our overall footprint on the planet.

Companies like Imperfect Produce is working to gather ‘ugly’ produce from farmers across California, and soon, the whole United States. Countries all over the world are making strides to reduce food waste:

United States: Congresswoman Chellie Pingree is the original cosponsor of a bipartisan bill, The Food Donation Act of 2017 (HR 4184, the Food Recovery Act), that will help “modernize food donation protections, and plans to reintroduce two food waste bills in the coming weeks. She’s also working on the Food Date Labeling Act, which will help reduce food waste at home by removing confusing (and often inconsistent) expiry dates for food.

France: Last year France passed a law to make it illegal for supermarkets to throw away food. The law was passed unanimously by the French senate, and instead of throwing out the food, it will be donated to food banks or other charities. The Guardian claims that, “charities will be able to give out millions more free meals each year to people struggling to afford to eat.”

And this is all great news. But you know what, all this information about food waste can sometimes be a little heavy, and I’m always in favor of bringing a little levity to serious situations.

Enter this guy! You’ve probably heard this song by Ed Sheeran (either on the dance floor or in the car). I find the original pretty fun and danceable, but this food waste music video parody made me laugh out loud. I just found it yesterday, and it looks like it was just posted by Global Citizen on March 20. But humor is timeless, and anything that helps bring more awareness to this serious subject is a WIN in my book.

The feminist in me is recoiling at the stalker vibes in the video, but I do like the words and the message. Watch, giggle, learn, and SHARE!