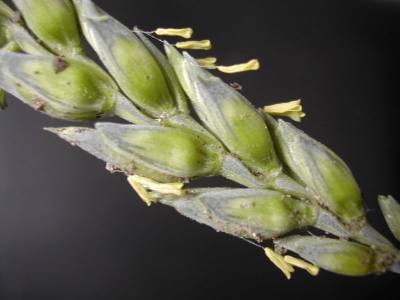 During the discussion that followed my blog post on synthetic, corn-derived additives, a debate arose about the relative health benefits of isolated or additive nutrients versus those consumed in the context of their natural whole food. One commenter wondered why nutrients found in whole foods were preferable to their isolated counterparts. I realized that this topic really deserves its own post.

Marion Nestle, an oft-quoted nutritionist and professor at New York University, explains the need to consume nutrients within the context of their whole food origins on her blog:

Unless you have been diagnosed with a vitamin or mineral deficiency and need to replenish that nutrient in a great big hurry, it is always better to get nutrients from foods—the way nature intended. I can think of three benefits of whole foods as compared to supplements: (1) you get the full variety of nutrients—vitamins, minerals, antioxidants, etc–in that food, not just the one nutrient in the supplement; (2) the amounts of the various nutrients are balanced so they don’t interfere with each other’s digestion, absorption, or metabolism; and (3) there is no possibility of harm from taking nutrients from foods (OK. Polar bear liver is an exception; its level of vitamin A is toxic). In contrast, high doses of single nutrients not only fail to improve health but also can make things worse, as has been shown in some clinical trials of the effects of beta-carotene, vitamin E, and folic acid, for example, on heart disease or cancer. And foods taste a whole lot better, of course.

One study to which she refers is a well-known experiment involving male smokers from Finland and the effects of vitamin E and beta-carotene supplementation on the incidence of lung cancer. Contrary to theoretical predictions, the supplements actually increased the probability of getting cancer. (This closed experiment controlled for lifestyle and other tertiary factors , was peer reviewed and is considered a high-quality study in the field).

So we have one expert weighing in on the dangers of nutrients that are unregulated by their natural partners, i.e. the other components of their source. We have empirical data that shows how isolated nutrients can in fact contribute to worsened health. But guess what else? One expert in the field suggests that we must eat nutrients in the context of their whole foods because we don’t even know what aspect of the plant actually causes the nutritional benefit.

David R. Jacobs, professor of epidemiology at University of Minnesota is an expert on “food synergy.” This term refers to the ways that the components of a food source work in tandem to deliver the nutritional benefit to our bodies. The foods act synergistically. In his article in the American Journal of Nutrition that focuses on the food synergy in grain sources, he states:

Risk appears to be lower with consumption of whole grain than of refined grain; that is, benefit accrues when all edible parts of the grain are included (bran, germ, and endosperm). It appears that phytochemicals that are located in the fiber matrix, in addition to or instead of the fiber itself, are responsible for the reduced risk.

This notion of food synergy is perhaps the most sophisticated in that it protects us from our own ignorance. We know, empirically, that when we consume food, we stave off death. We know that certain foods do this better than others and we have a sense of which parts of these foods are most useful to us. But we might be wrong about certain nutrients or metabolic processes. In fact, we have evidence to suggest that we are sometimes wrong. By choosing to eat whole, natural foods – that is, foods closest to their plant source, we are taking a blanket approach to nutrition rather than trusting any one nutritional philosophy (especially one funded by an agricultural lobbyist group) to guide us in our eating.

Leave a Reply to Leslie@ the oko box Cancel reply