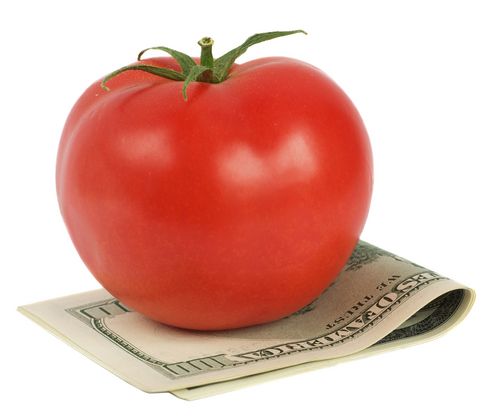 Food Stamps: Follow the Money looks at corporate profits from the food stamps program. How much of the money intended to feed hungry Americans is lining the pockets of the largest corporations?

As it turns out, that’s not an easy question to answer. Michele Simon, public health lawyer and author of Appetite for Profit: How the Food Industry Undermines Our Health and How to Fight Back, has done an impressive amount of research into who is profiting from the food stamps program, how they are profiting, and how much they are profiting. Unfortunately, she found repeatedly that the information on where public money goes is not publicly available.

That’s interesting since, as stated in the report Food Stamps: Follow the Money, the information is out there. Information on what foods are purchased using food stamps go into grocery store databases, but is considered private property; it’s not even released to the USDA. Only corporations have access to the data.  Information on how much banks are paid to administer the program is released to the USDA, but not to the taxpayers.

Knowing what sort of foods are being purchased with food stamps would help with setting policy. Knowing where the money is going is just good sense.

Some key points from the report:

The report is only twenty-eight pages long and quite detailed. Several solid proven examples of corporate profiting at public expense are given, along with citations.

Food Stamps: Follow the Money is timely, since the Farm Bill is still being debated and the only sure cuts in the bill are to the food stamps program.