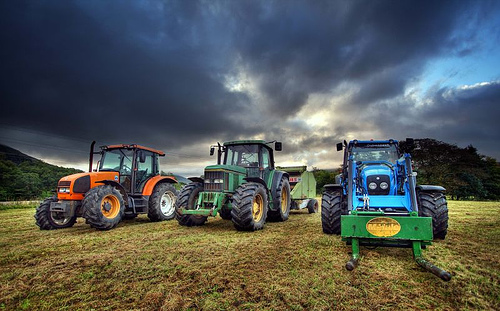 Will S. 510 mean the end of backyard gardens and small farms, or will it force industrial agriculture to clean up its act?

The Senate vote on S. 510, the Food Safety Modernization Act, is imminent, and opinions on the bill seem to vary widely. Some are calling the act the end of small, organic farms, seed saving, and backyard gardening. Others say it’s a critical measure to ensure that consumer food is safe in a world of factory farming.

Back in August, Heather Carr wrote here on Eat Drink Better about the bill and addressed the issue of small farms:

A manager’s amendment was recently added to protect small farms (pdf alert). An exemption has been added for small food businesses. Basically, if a business (farm, restaurant, roadside stand, etc.) did not have to register under the Bioterrorism Act of 2002 as a food facility, then the business will not be affected by this bill.

The folks at Natural News definitely don’t agree, calling the bill a “tyrannical law” that:

puts all food production (yes, even food produced in your own garden) under the authority of the Department of Homeland Security. Yep — the very same people running the TSA and its naked body scanner / passenger groping programs.

Over at GovTrack, you can take a peek at who supports and opposes the bill, which I thought was pretty interesting as well. There are organizations that I do and don’t trust on both sides of this bill, which confounds the issue even more.

So what do you guys think? Is the Food Safety Modernization Act on the level, or will it trample our food freedom?