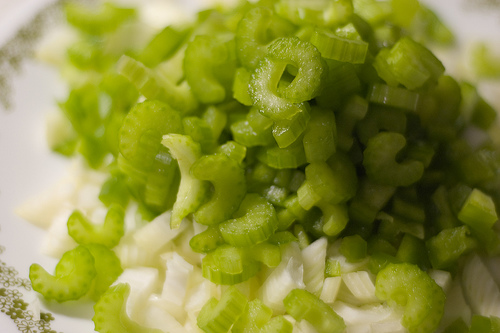 They’re issuing a recall of all celery produced in the SanGar Produce & Processing Co. plant since January. The plant sold produce to hospitals, schools, and restaurants, but they don’t think any of the tainted celery went to grocery stores.

The folks at SanGar claim that the testing was flawed and refused to voluntarily close the plant, so officials ordered a recall and forced them to close, citing issues like condensation leaking over a food processing area.

This recall occurred after a health inspection of the plant last year revealed minor issues, which SanGar said it would take care of.

Recalls like this just underscore the importance of knowing where our food comes from. Large, factory operations that are more profit-focused than quality- and people-focused seem so much more prone to recalls and safety issues.

You could argue that small, organic farms serve fewer customers and therefore would have less of an impact if there were contamination, but when have you heard of any issues like this with produce from a farmers market or CSA?