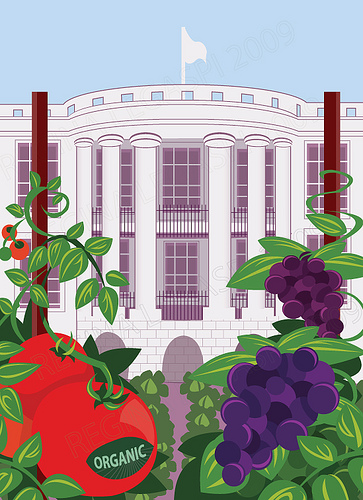 So why did the President’s scientific advisory team for last fall’s election include Sharon Long, a former member of Monsanto’s board of directors?

And why did Obama recently appoint Barbara Schaal, a plant geneticist with connections to Monsanto, to his Science and Technology Advisory Council?

Schaal, who works in the Monsanto Laboratory at Washington University in St. Louis, is well-known for her studies of the genetics of rice.  Her research in Asia found that when local domestic rice cross-bred with bio-tech rice, the altered rice variety took over the fields.  Despite the findings, Schaal believes that “if GM rice is introduced…it wouldn’t have to be banned.”

Schaal’s name also comes up in conjunction with genetically-modified corn.  Remember in 2001, when scientists study revealed that wild maize crops in the Mexican state of Oaxaca contained genes from genetically-modified maize?  Four years later, another study appeared declaring that the native crops were suddenly free from any GM contamination.  The editor of that study was none other than Barbara Schaal.

And what about Sharon Long, who advised the President on scientific matters during his campaign? I don’t know about you, but I’m not thrilled the president was looking for wisdom from someone who, after a five-year-stint with Monsanto, publicly stated she is “truly proud of Monsanto’s achievements.”

The presidential advisors’ links to Monsanto are disturbing.  But where does the President himself stand on genetically modified food? In his own words:

“Advances in the genetic engineering of plants have provided enormous benefits to American farmers. I believe that we can continue to modify plants safely with new genetic methods.”

Image via Regeener on Flickr under a Creative Commons License