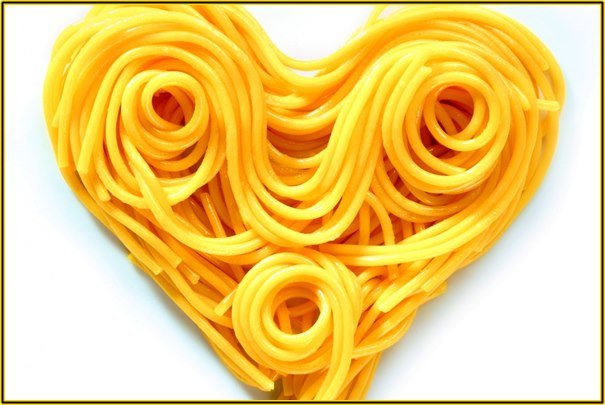 Food and politics go together like pasta and sauce — food choices always reflect the culture, background, and social values of the person making them. In fascinating food news developments this week, for at least the second time in recent memory a major food manufacturer is learning the hard way that homophobia just isn’t as popular as it used to be. Barilla chairman’s anti-gay comments spark outrage and trigger boycotts, as the pasta controversy reaches a rolling boil on the conscious consumerism scene.

This Week in Food News: Barilla Chairman Outs Self as PR Disaster

Food news enthusiasts may have already heard the opening salvos of the ongoing pasta skirmish: earlier this week pasta mogul Guido Barilla, chairman of the company that bears his family name, kicked the human-rights beehive by asserting that gay people will never appear in ads for Barilla pasta.

As quoted in The Guardian, Mr. Barilla told a radio interviewer Wednesday:

“For us the concept of the sacred family remains one of the basic values of the company… I would not do it but not out of a lack of respect for homosexuals who have the right to do what they want without bothering others … [but] I don’t see things like they do and I think the family that we speak to is a classic family.”

When asked what he expected gay families to think about this pronouncement, Barilla went on to say that ‘…if they like our pasta and our message they will eat it; if they don’t like it and they don’t like what we say they will [eat other pasta].’

Gosh, how could gay people possibly be offended? I mean, it’s not that he doesn’t ‘respect’ gay families; it’s just that he would never wish to be associated with them in any way, doesn’t consider their families to be real ones, doesn’t value their business, and thinks that if they expect the same level of consideration accorded any other family then they are ‘bothering others.’

According to an article in The Daily Beast,

Barilla later added insult to injury by explaining that what he meant was that their company ads wanted to reinforce the role of women as mothers, caregivers, and the nutritional head of household.

Unsurprisingly, people who DO consider gay families to be regular ol’ families — and who generally reject the 16th-century gender stereotyping that’s parading naked in these statements — responded swiftly: almost immediately Italian activists accepted the invitation to boycott all Barilla products, and the interwebs exploded with backlash against the craniorectal inversion displayed in Mr. Barilla’s asinine remarks.

Meanwhile, competition and capitalism (like gravity) keep working way past lights-out: pasta-makers at Bertolli were quick to come out in support of gay families (especially gay families suddenly in need of a less reprehensible pasta option). Their advertising department presumably burned some midnight oil to crank out this fabulous rainbow-approved picture in record time: self-serving, certainly, but still quite charming.

Bertolli captioned this image, ‘Love and Pasta for All.’

For more on the ongoing pasta wars:

Realizing their error, Barilla issued a series of non-apologies that have only managed to worsen their homophobia-hangover.

With reference to my statement ​​yesterday, I apologize if my words have generated controversy or misunderstanding, and if they have offended the sensibilities of some people.

For clarity, I wish to point out that I have the deepest respect for all persons, without distinction of any kind.

I have the utmost respect for homosexuals and for the freedom of expression of everyone.

I also said and I repeat that I respect marriages between people of the same sex.

Barilla in its advertising has always chosen to represent the family because this is the symbol of hospitality and affection for everyone.

Um. You know gay people have families, right, Mr. Barilla? You’re not representing THE family, you’re representing YOUR family — and then you’re saying that all the other ones don’t count.

But you’re wrong: since you’re trying to sell your stuff to them, as well as to all the people who are their friends and coworkers and aunts and uncles — and really just LOADS of people who understand that you’re quite wrong in your assumption that your particular vision of a family is the only one that matters — ALL OF THOSE FAMILIES COUNT.

They are most definitely included (or should be, anyway) in the ‘everyone’ of which you speak.

After the first bungled attempt, apparently a series of Barilla quasi-apologies ensued. According to America Blog’s article titled Barilla-US Kinda Apologizes for CEO’s Anti-gay, Sexist Remarks Amid Worldwide PR Disaster, the current (4th) apology attempt seems to be a VIDEO, which (as we all know!) is super-duper guaranteed to absolutely REEK of successful PR rehab!

The documentary Ethos offers an excellent summary of why stories like this one are a big deal:

If you eat pasta and dislike supporting foolishness, this Barilla anti-gay quagmire is a food news debacle well worth watching.

And I bet Barilla would LOVE to hear what you think about their recent homophobic remarks!

Speaking for myself, my family circle is chock-full of vegans, feminists, gay folk, and secular humanists who don’t give a flip about what Mr. Barilla imagines to be a ‘sacred family’ — so I guess we’re not the respectable sort of ‘classic family’ that his company deems legitimate.