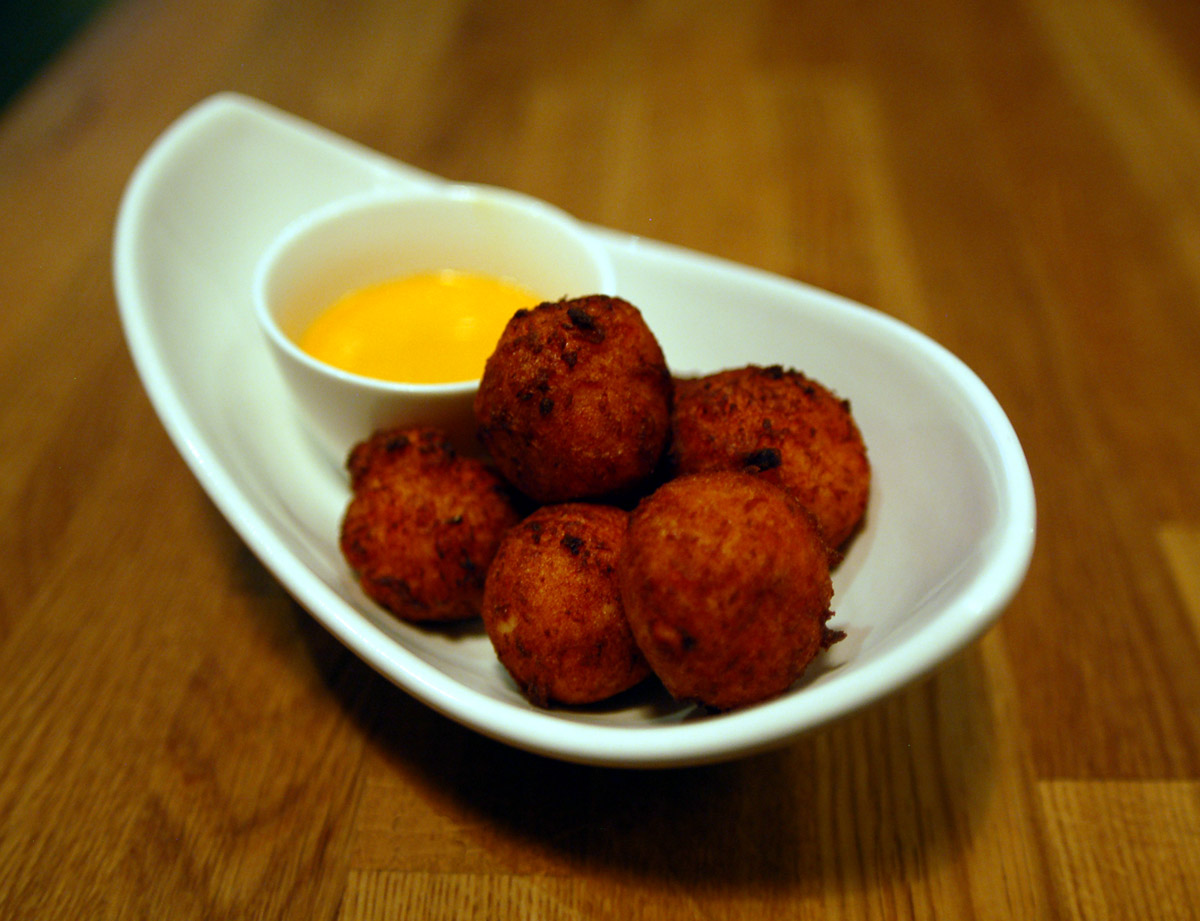 This food memory and seafood fritters recipe comes from Chef/partner David Santos of Louro restaurant in New York City. Santos’s culinary sensibilities are deeply influenced by Portuguese cuisine and seafood. Santos was born in New Jersey, but his parents emigrated from Portugal and often visited their family there.

I was taught at a very early age to fish. My father believed it a rite of passage of sorts. At a very young age, 5 or 6, I was given a rod and reel and shown what to do. Now, fishing to me was extremely exciting because you never knew what you were going to catch. The prize of the ocean at that time, for most people, was summer flounder or fluke. But for me, the most exciting thing to catch was sea robin. Sea robin is a fish that is, well, kind of ugly. It looks like it has wings and grunts at you when it’s out of the water. They were strong and fun to catch, but what was more important for me was what my mother did with them.

In Portugal we ate the cod fritters that I loved. My mom, a great cook, made awesome fritters. But,being a family that believed in using what we had, if I caught a sea robin my mother would make these fritters with it.Whenever I caught one I would run to my father and ask if we could keep it. He always knew why and what I wanted it for. He would say “go ask your mother.” So I would run to my mom and ask “can we keep it?” I would get so excited to hear her say yes. Nothing made me happier then eating these fritters.

We would clean the fish then take it home and I would help my mother make these delicious fritters. It was like experiencing the circle of life in the happiest of ways. We never kept anything we didn’t eat and nothing ever went to waste. If we weren’t going to eat the sea robin, it went back to the ocean to fight another day. The memory of this was, and still is, very strong for me. It is one of my core beliefs about food.

There is something special about catching a fish yourself at a young age and being able to help turn it into something you love with your mother. When I opened Louro, I decided to serve my version of these fritters on our menu and they continue to make people happy. It is like a slice of happiness every time I see them going to a table.

Yield: Makes 30-40 fritters (depending on size)