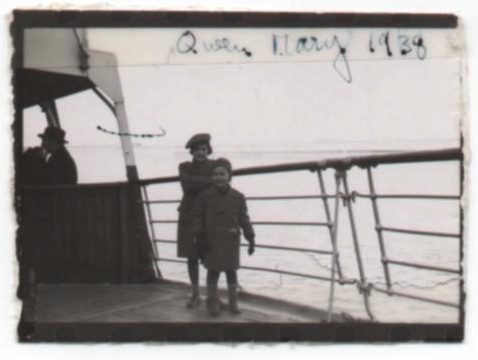 Have you ever had a memory inextricably linked to a type of food or a specific meal? When I think back on my childhood, I am often drawn to those moments of family lore that involve food.

My grandparents owned a jewelry factory in Vienna in the 1920’s. Fifteen years my grandma’s senior, Grandpa Philip had a wandering eye and a penchant for his factory shop girls. When Dollfuss was assassinated In 1934 my grandma begged my grandpa to leave Vienna. He would have none of it, stating naively that he was Austrian first and Jewish second. That was until he was arrested in Kristilnacht. Released on a technicality, the next day my grandpa hastily packed up their Mercedes sedan and drove to the home of cousins in Budapest.

Sometime soon thereafter, my grandma snuck back into Vienna. She hid fistfuls of diamonds inside oozing and odious sandwiches spread thick with Liverwurst, a type of spreadable sausage that contains pigs’ or calves’ livers, lots of animal fat, and spices including ground black pepper, marjoram, allspice, thyme, ground mustard seed, or nutmeg. She packed the overstuffed sandwiches deep into a greasy paper sack and placed them on the floor of the back seat, hoping the checkpoint guards would not delve too far. After having returned safely back to Hungary, she bartered the diamonds for four tickets on the last peacetime voyage of the Queen Mary in August 1939. The overstuffed liverwurst sandwiches had done their job.

Do you have a food memory to share? Please let me know.