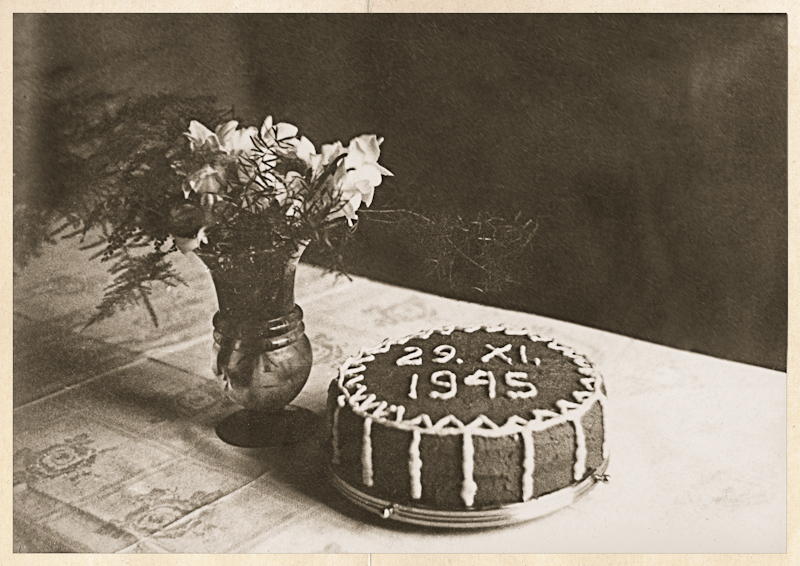 This food memory and Black Walnut Torte recipe comes from Laura and Peter Zeranski who are the co-authors of Polish cuisine cookbooks. From their book, Polish Classic Desserts, this amazing Black (Walnut) Torte was inspired by the wedding of Peter’s parents, right after World War II.

Peter’s mother and father dated when they were students in Warsaw before World War II. When the hostilities began, Peter’s dad joined the gallant Polish cavalry (to fight tanks on horseback), was inevitably and quickly captured by the Germans and was locked up for most of the war in a POW camp for military officers. Peter’s mom was active in the Warsaw underground and ultimately escaped to Czechoslovakia just before the fall of Warsaw. By pure kismet, after the war they ran into each other during a rainstorm on a muddy street in a displaced persons camp in Germany. The romance was rekindled and they eventually married. Having nothing but each other, Peter’s mother grew her own wedding bouquet and baked her own wedding cake. The recipe was given to Peter’s mother by her landlady and she baked the torte having never baked anything in her life.

Note: Black walnuts have a more intense flavor than the walnut varieties normally seen in grocery stores. If you don’t see black walnuts locally, they can be substituted with regular walnuts or easily purchased online.

Note: European tortes are usually served in small slices since they can be quite rich.