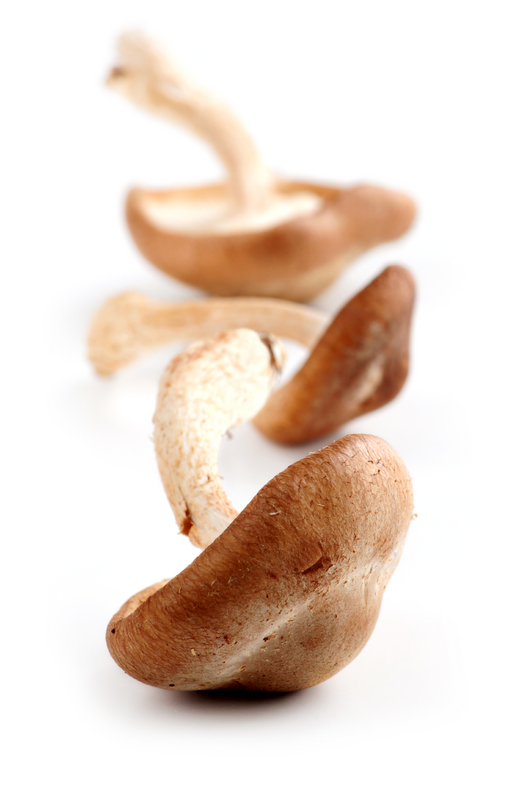 Magic Mushrooms
Shiitake Mushrooms may contain compounds that improve the function of the immune system. The compounds are called high-molecular-weight polysaccharides (HMWP) are more prevalent in mushrooms grown on oak logs. More good news for mushroom lovers, the shiitake compound eritadenine may help lower cholesterol levels. Hey, at $12.99 a pound, this may finally be the cash crop you can legally grow in your basement. (Science Daily).

Can Scum Save the World?
No, not Dick Cheney. He’s too busy possibly censoring scientific reports on health impacts of global warming. I’m talking about pond scum. Plant biologists are researching pond scum, otherwise known as duckweed, as a solution to global warming, pollution from agricultural runoff, AND world hunger. Now, that’s some scum. (Science Daily).

More updates after the jump.

Where’s the Beef Now?
The search for tainted beef expands as the 500,000 pounds of beef recalled by Nebraska firm gets expanded to 5.3 million. The usual suspect, E. coli 0157:h7 is the issue. (Green Guide).

The good news is, consumers will now have a chance at finding recalled beef. The USDA has finally decided to release the names of the retail outlets where the beef was sold for any “Class 1” recall, meaning a type of food contamination with serious health risks. “Retail Outlets” will include supermarkets or other grocery stores, convenience stores, meat markets, wholesale clubs and supercenters. Distribution centers, institutions or restaurants will not be included in the listings. This change should take effect next month. The information will be posted on the USDA web site.

They Know That We Know
Well, you can’t say that the meat industry isn’t aware of consumer changing attitudes. In an article on an meat industry insider site, Deloitte consumer survey results were published that showed 57 percent of Americans say they stopped eating specific foods that have been recalled. Seventy-three percent said they felt recalls have increased over the past year. A whopping 89 percent said they wanted locally grown fruits and vegetables available at the store. You go, locavores! (Meat and Poultry)

Hard Life for Rural Women
Two studies, by Harvard School of Public Health and Congressional Budget Office showed that in nearly 1,000 mostly rural counties, life expectancies for women are now lower than or essentially the same as in the early 1980s. Further, those with lower incomes and less education experience declining or stagnant life expectancies. The studies pointed to causes such as a lack of access to health care services, an increase in the uninsured and increasing income gaps. (Center for Rural Affairs).

Can Organic and GM Co-Exist?
Study says: No. In fact, with the risk of cross-pollination, GM crops are a risk to organic growers losing certification. Currently, in the U.S. the adoption of GM crops is highest for soybeans. Over 90 percent of the crop grown here is now genetically-modified. (USDA).