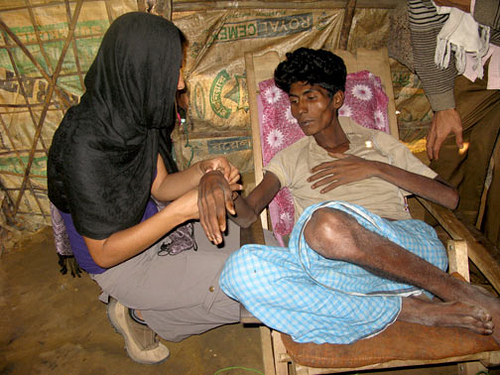 A recent article in NZ Herald News discusses the looming food crisis and how it might become the world’s biggest problem in the decades to come.  “If the world doesn’t act now, it faces a catastrophic global food shortage by mid-century,” Greg Ansley writes.

Ansely cites numerous recent studies concerning the degradation of our oceans and potential mass extinction in the oceans due to CO2 emissions and global warming as well as the growth of dead zones due to the chemicals we use on our agriculture and runoff from our polluted urban areas.

The main drivers of the looming crisis include population growth that will reach 9.2 billion by 2050 (most in the poorer nations), rising demand for protein foods such as meat, milk, fish and eggs, and a global food requirement by 2050 that will be up to double today’s, outstripping growth in food output.

Fuelling this will be growing shortages of water and productive land – 25 per cent of land is already so damaged it can barely yield food – declining nutrients, high energy costs, over-fishing, decimation of coral reefs and ocean food chains, declining agricultural research, climate change, and economics, politics and trade policies that distort world markets.

Ansley definitely makes a compelling case for the idea that a food crisis might be our biggest problem soon, extensively citing Dr. Julian Cribb’s book The Coming Famine: The Global Food Crisis and What We Can Do To Avoid It. Of course, it is likely to be aggravated by numerous other critical problems — climate change, environmentally-harmful agricultural practices, and an unprecedented human population. So, identifying which is the “biggest” problem is a bit subjective and irrelevant — they are all linked. Nonetheless…

Ansley also goes into the problems that could be triggered from a heightened food crisis — from wars to intercommunal violence to famine to mass displacement. Again, so many critical issues are interlinked.

For much more on these topics, check out: Earth’s gravest challenge: Not enough food to go round