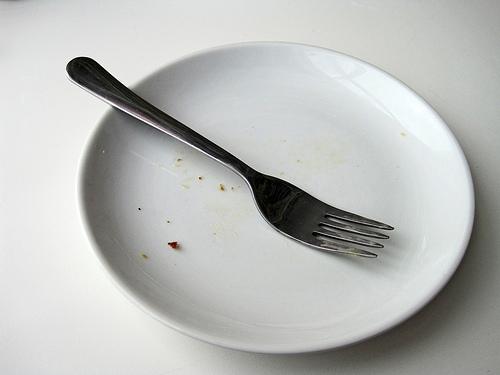 According to Forbes, the rise in food prices is accelerating, and this is just the beginning. They’re predicting a food crisis in 2011 to rival the food shortages back in 2008.

JP Morgan Chase’s comparison shopping revealed that even Wal-Mart’s raised prices on key items, and the folks at Forbes say we can expect prices to go up even more in the coming months. Corn prices are already up by 63%, and wheat costs a whopping 84% more since the beginning of this year.

A couple of big disasters are at the heart of the problem. First off, Russia has stopped all grain exports because a severe drought damaged so much of the harvest. Floods and droughts in the Midwest mean that corn production is way down this year.

Many believe that extreme weather conditions like this are the result of climate change.

Back in 2008, victory gardens made a resurgence, and if food prices skyrocket once again, home grown food is going to be one powerful way that we can take control of our food budgets.

If your gardening skills are limited or you don’t have the space for a full on food garden, foraging for edibles is a great option. Just make sure you educate yourself before heading out into the woods looking for wild eats.

So, what about you guys? How would you cope with inflated food prices?